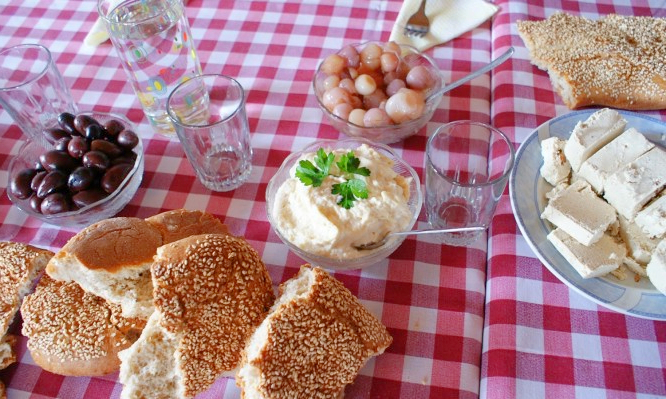 As we all know, this year’s festivities which would have been part of Carnival weekend and Clean Monday have been banned across Greece due to the COVID19 Coronavirus outbreak.
However, faithful to centuries’ old tradition, millions of Greeks are ready to enjoy their popular Clean Monday delicacies — which must all be meat-free — called ”koulouma.”
Depending on where you are in Greece, the koulouma recipes will differ; however, there are several dishes which are popular Greece-wide and are enjoyed by millions of people from Thrace to Crete and from Corfu to Castellorizo.
Lagána bread, halvás, and taramás are the ”official” foods of the first day of Lent in Greece, a day known by all as “Clean Monday,” and no ban on public celebrations can alter that tradition.
Clean Monday is the Greek Orthodox equivalent to the Catholic Ash Wednesday, marking the beginning of the forty-day long Lenten fast before Easter.
But why do Greek Orthodox Christians eat these particular foods on this Monday?
Do we really know what these foods stand for? And why is it that we eat only this type of bread, called Lagána, on such a day?
Clean Monday is the first day of the Forty Days of Lent as celebrated by the Orthodox Church. It marks the beginning of the Great Fast, the preparatory period for believers before the great feast of Easter, the celebration of the resurrection of Jesus Christ.
Thus, the first week of the forty days is called “Clean Week.” This seven-day period gives the believer time to purify and ready himself for Easter, or “Pascha,” the most important holiday in Christianity.
Lagána Bread 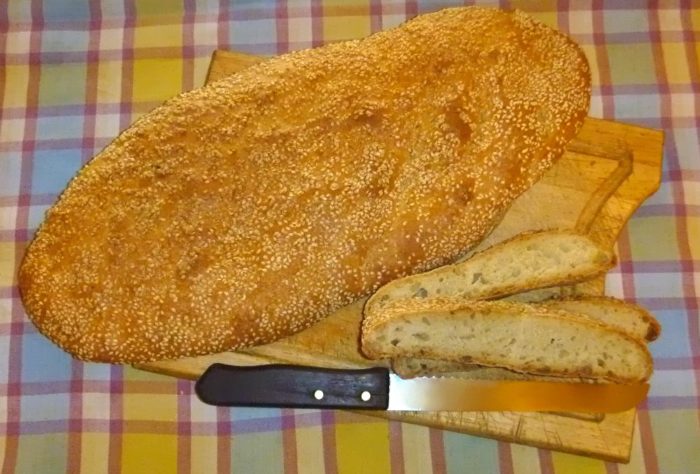 Lagána bread is a special kind of unleavened bread, also known in Greece as ”ázymo.”
The lagana, which is baked only on Clean Monday, symbolizes the manna offered by God to the people of Israel while He led them away from Egypt to Canaan, the Promised Land.
It is typically flat, and oval-shaped, with its surface decorated by the indentation of fingertips and a thick covering of sesame seeds.
Halvás 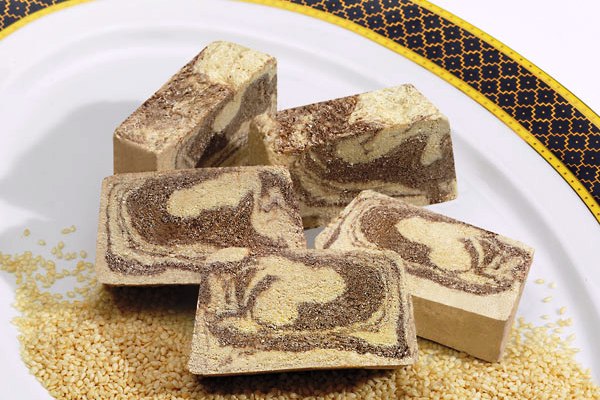 Halvás is an all-year-round delicacy, but it holds a particular and prominent place in this forty-day period of Lent.
This semolina-based recipe is a common food found in southeastern Europe, the Mediterranean and west Asia, and is traditionally homemade, although nowadays there are dozens of businesses which produce it commercially.
It is a very plain, densely-grained, delicious confection made of ground sesame, sugar, water and oil.
There are various versions of halvás in Greece with the addition of tahini, or sesame paste, and it can be baked in either a square or cylindrical shape. The traditional Macedonian halvás is among the most popular in the country.
Taramás 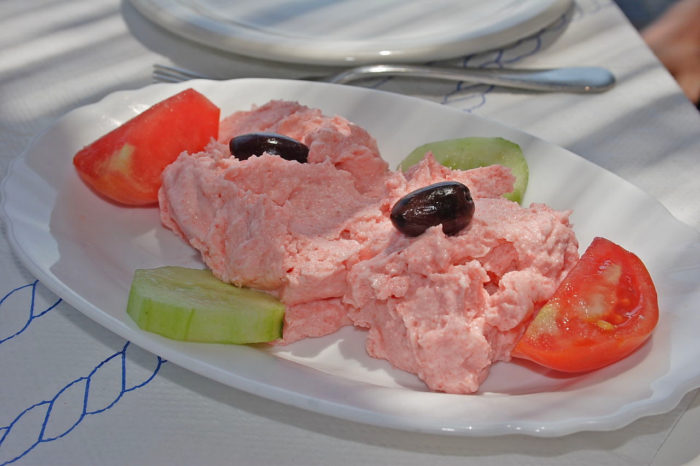 Taramás is the word Greeks use to describe the small salty beads of red caviar (fish roe) from cod or carp.
The great culinary appreciation of fish roe by the people who live in today’s Greece dates back to Byzantine times.
Just like black caviar and botargo (avgotáracho), taramás is considered to be one of the finest kinds of this delicacy.
Greeks also know taramás from the famous “taramosaláta,” a mix of roe with either breadcrumbs or mashed potato, and lemon juice, vinegar and olive oil, something that makes taramás much more affordable for the average household.
So, despite this year’s unfortunate turn of events with the ban on all the traditional public Clean Monday festivities, these recipes can still thankfully remain a constant for each and every gathering across Greece today.
Καλή Σαρακοστή! (Have a blessed Lent!)