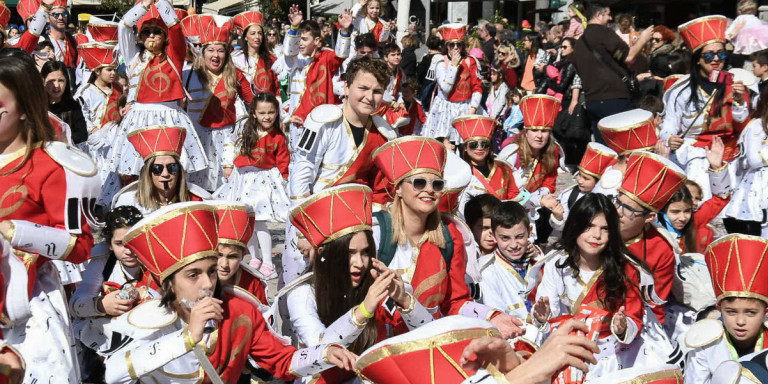 Fourteen thousand little carnivalists joined the parade of the Patras Carnival, giving a spectacular show with their colorful, elegant and inventive costumes and chariots.
This years’ parade had 14,000 young people, divided into 102 groups, who gave their best to the dozens of thousands of spectators who came from all parts of Greece.
The countless chariots of the little carnivalgoers were built at the Carnival workshop of the Municipality of Patras.
The air in the sunny streets of the city was filled with songs of joy and hope as spectators applauded the parade amidst the din of music and singing.
The grand parade of children began with the Bandina of Patras and the carnival mascot, Tzitzikas, followed by the chariots.
“The Little Prince” was the new chariot, based on the popular story but with the themes of climate change and environmental protection.
The biggest applause went to the children of the Creative Employment Centers for Children with Disabilities.
The parade lasted two hours and culminated with the traditional “Chocolate War” at the center of the city.