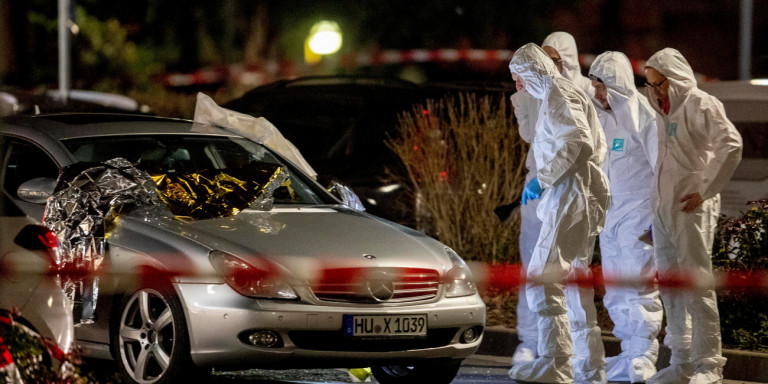 A gunman opened fire on two shisha bars in the western German city of Hanau, killing at least eight people and injuring several others, police say.

The shootings took place around 22:00 (21:00 GMT) on Wednesday. In both places the clientele were reported to have been predominantly Kurdish.

Shisha bars are places where people gather to smoke a pipe known as the shisha, or hookah. Traditionally found in Middle Eastern and Asian countries, they are also popular in many other parts of the world.

The suspect then fled to his home where he was later found dead, along with the body of a second person.

The motive for the attacks is unclear and an investigation is ongoing.

Police say the suspect killed himself. The tabloid Bild reports that he was a German citizen with a firearms license, and that ammunition and gun magazines were found in his car.

According to Bild, he expressed far-right views in a letter of confession and a video but this has not been confirmed officially.