GRNews
GreekReporter.comGreek NewsDiplomacyEU Warns Returning the Parthenon Marbles Might Be a Price For a... 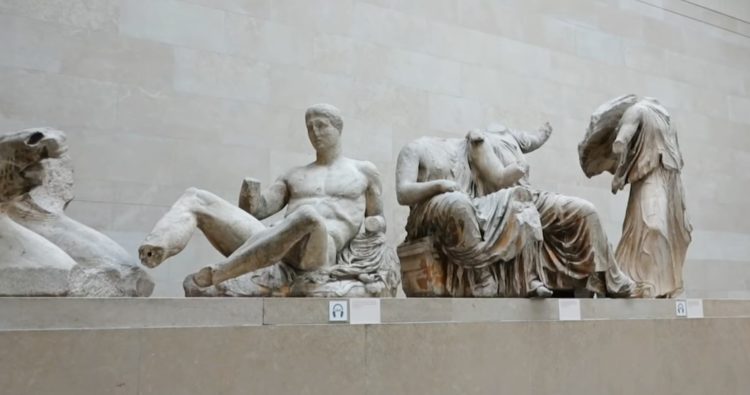 A draft of a document from top EU diplomats was revealed on Tuesday, showing that the Union is considering attaching a demand for the UK to return the Parthenon sculptures to Greece to its post-Brexit negotiations’ slate of requests.
The document, which has circulated on social media platforms, shows a clause noting that ”The Parties, consistently with the Union rules, address issues related to the return or restitution of unlawfully removed cultural objects to their countries of origins.”


Although the draft document does not mention the Parthenon Marbles by name, it is believed that the clause directly addresses the ancient sculptures stolen from the Athens Acropolis by Lord Elgin in the 19th century.
This news was originally reported on Tuesday by the US-based website Bloomberg, which claimed to have obtained access to these draft documents for the European Union’s negotiating mandate.
The Bloomberg site said that the top EU diplomats who are currently shaping the European position for the upcoming trade-deal negotiations with the UK have agreed to add this Greek demand to the prerequisites Europe will request from London.
If the report proves to be accurate, this will be a major diplomatic victory for Greece, since it will be the first time in history that the EU as an entity has demanded that the UK return the ancient Greek sculptures it currently possesses.

There are strong indications that Brussels will follow a tough stance against the recently-withdrawn member of the Union in order to show a united front against London.
There are also reports suggesting that the European Union will also support Spain in its claims over Gibraltar, another major issue that the Johnson administration will have to deal with at some point.
It is noted that the United Kingdom is expected to cease following the EU’s trade regulations and European laws on January 1, 2021.
The two sides hope that by then, a comprehensive free-trade deal will have been agreed-upon in order for the smooth trade between the two sides of the English Channel to continue.
However, the EU’s tough stance, along with London’s own hardline approach, brings the danger of a no-deal scenario back to the table, with Great Britain becoming entirely cut off from its largest trading partner. This unfortunate scenario would have unpredictable consequences for its economy.