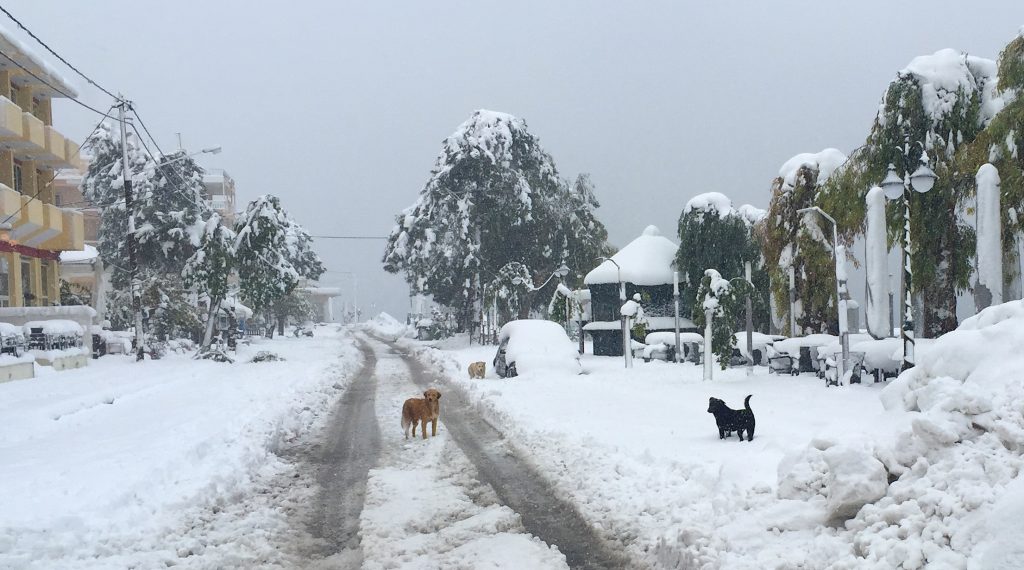 Another winter front has swept across Greece. The weather front dubbed ”Hephaestion,” brought heavy snowfall, freezing temperatures, storms and strong winds in many parts of the country.
The weather front will linger over Greece until Tuesday.
More specifically on Sunday, the rain will fall from the early hours of the day on the Ionian islands; the rain will be moving southwards throughout the day. At the same time, heavy rainfall and snowfall will be spotted in mountains of the Northern Aegean Sea, Southern Halkidiki and Thrace, which will then move into the Central Aegean, Magnesia, the Eastern Sterea region and the Peloponnese.
The Southern Aegean islands, as well as Crete, will be affected by rain and snow as well.
On the mainland, snow is expected to fall in the counties of Boeotia, Phthiotis and Magnesia, and Northern Euboea as well as in places in Attica, Western Macedonia, and Central and Northeastern Peloponnese.
On Monday, January 6, freezing conditions will prevail across the country, with frost spotted in all of the mountains as well as areas with low altitude in northern and Central Greece.
Snowfall will be spotted in places across Attica and the island of Euboea throughout the day.
Meanwhile, strong northerly winds, up to 10 in the Beauford scale, will prevail across the Aegean Sea.
The weather will gradually but steadily become warmer and brighter in many parts of Greece from Tuesday onward.