Eurostat Survey Finds Greeks Continue to Dine Out Despite Crisis 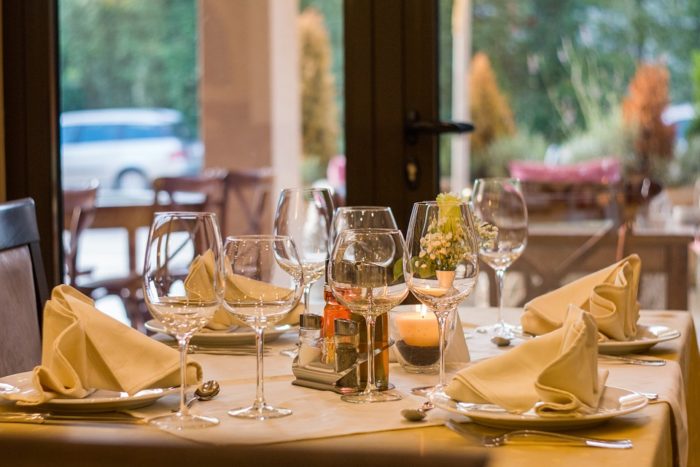 Despite the substantial decrease in their incomes in the period between 2010 and 2016, Greek citizens seem to have not been very keen to curtail their plans to eat out.
This is one of the findings of the statistical service of Eurostat, part of a study published on New Year’s Day regarding the habits of Europeans in regard to their food choices outside their homes.
On average, 12.4 percent of a Greek household’s income was spent on eating out last year, including cafes, bars, restaurants, taverns, canteens, takeouts and other types of establishments.
This placed the Greeks fourth in the entire EU, behind only the Irish, the Spaniards and the Maltese, in terms of how much they spend on prepared food purchased outside the home.

The largest increase in money expended in eating out was recorded in Malta, where in 2008 households spent 8.2% of their total household expenditures on dining out, but ended up devoting 12.6% of their total incomes to this habit in 2018.
The bottom of the chart, showing those who spend the least on eating out, consists of Eastern European nations.
Romanians spent on average just 1.9 percent of their incomes on eating out, three percent was spent by the Poles and 3.4 percent by the Lithuanians.
Not surprisingly, Germans were the next on the list of those Europeans who spent the least on dining out, as only 4.3 percent of their incomes was spent on restaurants, taverns and other types of dining establishments in 2018.
Despite their longstanding financial hardships, Greeks appear to have been very consistent with their love — or perhaps better said, a need — for entertainment and socializing outside of their homes, seeing this as more of a necessity than a frivolity and placing it relatively high on their list of priorities.

US Congress Votes to Protect Same-sex Marriage With Landmark Legislation