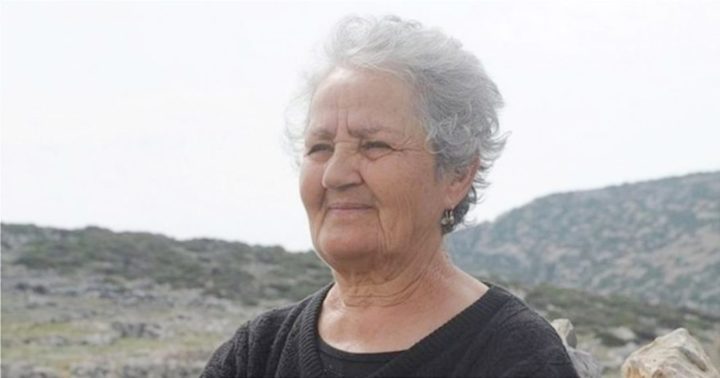 Irene Kotsatourchi, the lone inhabitant of the Greek islet of Kinaros who has been considered missing since the beginning of the week was found safe and sound on Thursday.
An operation was launched on Thursday by Greek rescue teams, attempting to locate the elderly woman who is the lone resident of the islet of Kinaros in the Aegean sea.
Τhe crew of a Super Puma aircraft from Rhodes that reached the islet, managed to see the woman, however they did not manage to land due to very strong winds.
The disappearance of the woman was a result of a loss of electrical power which made any communication with the island impossible.
74-year-old Kotsatourchi, who is also known as Kyra Rinio, or “Mrs. Rinio,” was last seen on Monday when a small boat brought supplies to the islet from the island of Amorgos.
Kotsatourchi has lived alone on the island since her husband Nomikos Kotsatourchis passed away in 2013.
Her only contact with the outside world during the winter months was the weekly arrival of the boat from Amorgos, bringing essential supplies to her.