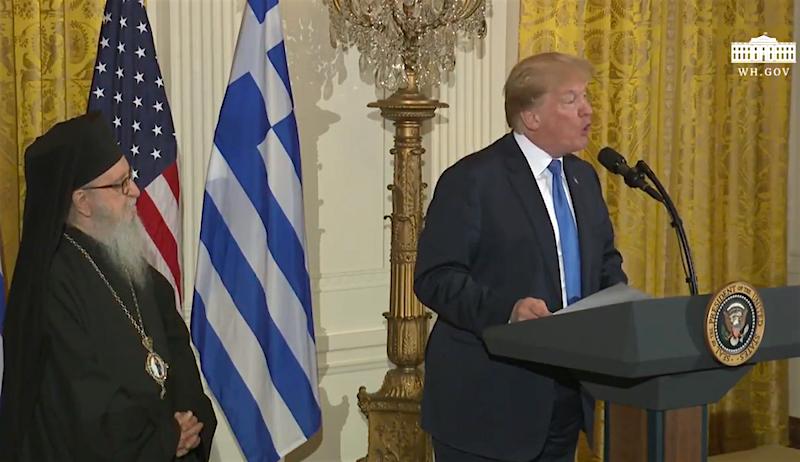 United States President Donald Trump signed on Friday afternoon the bill, recently-passed by the Senate, which includes — among many other provisions — the lifting of the arms embargo on Cyprus.

According to media reports, President Trump expressed his objection to several articles of the bill, among which were parts of the EastMed Act.

These more about issues of jurisdiction rather than the actual content of the bill.

The United States imposed an embargo on the Republic in 1987, aiming to prevent an arms race between Greece and Cyprus on one hand and Turkey on the other, and to encourage a peaceful settlement between the Greek majority and Turkish minority of the island.

Another stipulation of the National Defense Authorization Act for Fiscal Year 2020, which was also signed earlier on Friday, calls for private companies involved in the construction and operation of the Turkish Stream pipeline project to be sanctioned.

The American sanctions against Turkey are long-awaited and are part of the Countering America’s Adversaries Through Sanctions Act (CAATSA).

However, the personal friendship that has formed between Presidents Trump and Erdogan has apparently led to the delay in a tougher American response against Turkey’s continued erratic behavior.