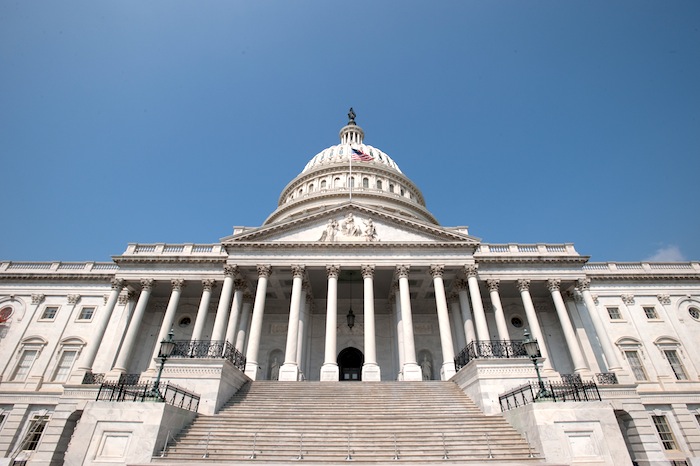 Defying Turkey, the US Congress voted Tuesday to lift a decades-old arms embargo on Cyprus.

The Senate approved the measure as part of a massive defense spending bill that passed 86 to eight and already went through the House of Representatives, with US President Donald Trump likely to sign it.

The United States imposed an embargo on the entire island in 1987 with an aim to prevent an arms race and encourage a peaceful settlement between the Greek majority and Turkish minority.

“With Cyprus seeking to deepen its strategic partnership with the United States, it is in our national security and economic interest to lift these outdated, decades-long arms restrictions that are no longer helping US security objectives,” Menendez said after initial approval of the lifting of the embargo.

The Eastern Mediterranean Security and Energy Partnership Act was included in the final appropriations package.

BREAKING: My Eastern Mediterranean Security and Energy Partnership Act has been included in the final appropriations package. pic.twitter.com/0YwBQjzTPT

The Eastern Mediterranean Security and Energy Partnership Act of 2019 includes these stipulations:

· Lifting the prohibition on arms sales to the Republic of Cyprus;

· Authorizing the establishment of a United States-Eastern Mediterranean Energy Center to facilitate energy cooperation between the U.S., Israel, Greece, and Cyprus;

· Requiring the Administration to submit to Congress a strategy on enhanced security and energy cooperation with countries in the Eastern Mediterranean, as well as reporting on malign activities by Russia and other countries in the region. 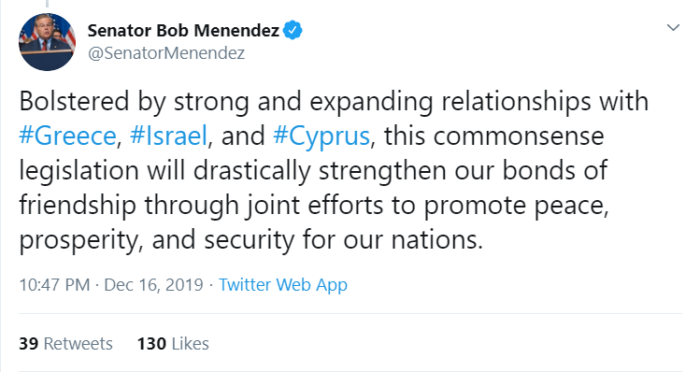 “By including this legislation in the government funding package, the United States Congress is recognizing our significant national security interests in the Eastern Mediterranean,” said Menendez.

“Bolstered by strong and expanding relationships with Greece, Israel, and Cyprus, this commonsense legislation will drastically strengthen our bonds of friendship through joint efforts to promote peace, prosperity, and security for our nations,” he added.