GRNews
GreekReporter.comGreeceLibya's Navy Chief Warns: ''I Have Orders to Sink Any Turkish Research...

Libya's Navy Chief Warns: ''I Have Orders to Sink Any Turkish Research Vessel Myself'' 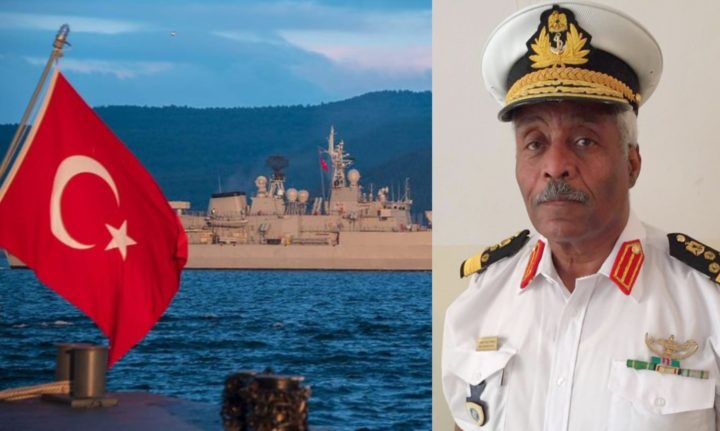 Farag el Mahdawi, the Chief of Staff of the Libyan Navy, gave an interview to Greece’s ALPHA TV on Monday evening, expressing his strong views against the recent agreement between Ankara and the Tripoli-based government forces of his country.
Mahdawi is a keen supporter of Khalifa Haftar, the Libyan-American military officer who is in control of most of the territory of Libya, and opposes the so-called “Government of National Accord,” led by Fayez Mustafa al-Sarraj, who signed the agreement with Ankara.
Speaking in fluent Greek, Mahdawi used strong language against Turkey, noting that he has orders to sink any Turkish vessel that would approach the region.


”I have an order… as soon as the Turkish research vessels arrive, I will have a solution. I will sink them myself. I have this order from Haftar,” the Libyan Navy official noted in his usual blunt manner.
Libya has suffered from a brutal civil war for many years now, with most of the country, even including its Parliament, currently under the control of Field Marshal Haftar.
The only region where the Government of National Accord wields any kind of power is in Tripoli, the capital city of Libya.
Mahdawi also posted a laconic but powerful status on Facebook just a few days ago in Greek:

Translated, the Libyan Navy head’s statement says ”We will liberate the capital, Tripoli, and destroy the Turkish dream.”
Mahdawi is a fluent speaker of Greek. He studied in Greece’s Naval Academy in the 1970s from which he graduated before he returned to his country. He has kept a strong connection with Greece ever since that time.