Thessaloniki Has Finally Located its Santa for 2019 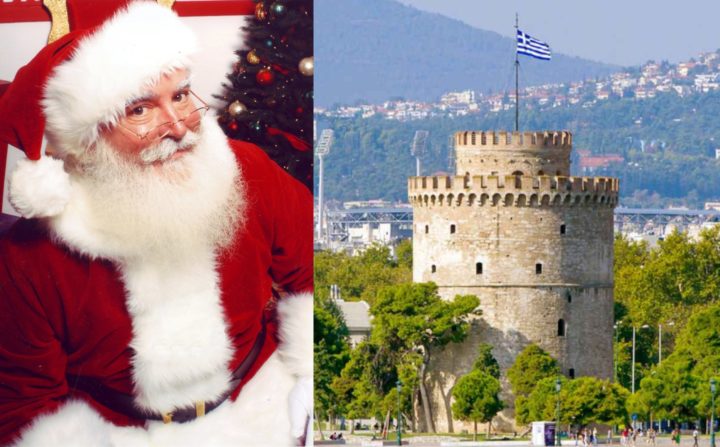 Authorities in Greece’s great city of Thessaloniki announced on Thursday afternoon that they had finally found the Santa for whom they had been searching for weeks.
Following weeks of casting, rehearsals, interviews and thorough …Christmassy-type investigations, Greece’s second-largest city has finally decided who will be the city’s ”official Santa Claus” for 2019.
Over seventy people, both men and women, had applied via the internet in the Thessaloniki municipality’s campaign to find the city’s Santa Claus for this Christmas season.
Tuesday was the last day for those interested in submitting an application to the northern Greek city to represent Santa for 2019’s festivities.

Besides their curricula vitae, the citizens of Thessaloniki who applied for the job also sent in their photos and went through interviews so the casting directors could determine if they were a good fit for the important role.
The casting team assessed how much the applicants love Christmas and whether they meet the requirements of the important role of Santa Claus, or Agios Vasilis (Saint Basil), as he is known in Greece.
A surprisingly large number of the candidates for the position this year were actually women, while the candidates’ ages ranged all the way from 30 to 60.
Thessaloniki’s huge municipal Christmas tree and the Christmas village in the city’s iconic Aristotelous Square will be officially revealed on Saturday evening, December 7.