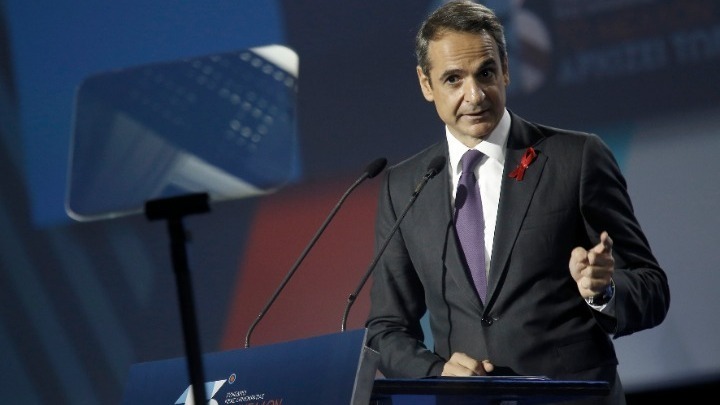 Greek Prime Minister Kyriakos Mitsotakis on Sunday said that he will ask NATO to condemn Turkey at the NATO summit on December 3-4 in London.
Greece will not tolerate any Turkish provocation without responding, the prime minister and New Democracy party leader said during the closing speech of the party’s 13th congress.
Mitsotakis said of NATO that “an alliance cannot sit by indifferently when one of its members blatantly violates International Law and turns against another member.”
He also said that “the strategy of keeping an equidistance [between Greece and Turkey] blatantly wrongs Greece, which never sought to create tension in the region. But Greece knows how to defend its rights with self-confidence, cool-headedness and effectiveness.”
Mitsotakis also noted that Greece has the full support of the European People’s Party on the issue.
“Just as we turned our backs on the inflammatory remarks (by Turkish President Recep Tayyip Erdogan), in yesterday’s ceremony for the TANAP pipeline, so does Europe on the violation of international rules,” the Prime Minister said, highlighting the EPP’s support, as expressed by its members attending the congress.