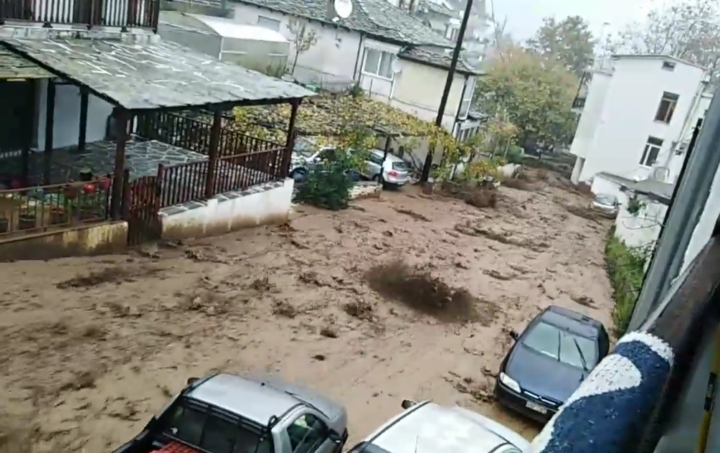 The Greek island of Thasos in the North Aegean Sea has been suffering from extensive damage since Friday, due to the enormous amount of rainwater that has fallen there in a short period of time.
A total of six areas have been declared a state of emergency.
When damages were spotted in Halkidiki’s Olympiada village, Thasos was experiencing similar if not worse phenomena.
The island’s Fire Brigade has transferred numerous residents from their flooded homes to safe ground.

Entire villages saw their streets being turned into fast-flowing rivers, while provincial roads experienced extensive damage due to rocks that fell off nearby hills and slopes.
Cars and other objects were washed away by the powerful torrents that were created in the streets.
Partly responsible for the extent of the damage is the fact that streams and irrigation canals flooded, transferring vast amounts of waters into urban settlements on the island.
Additional rescue servicemen from the nearby port city of Kavala have already gone to Thasos to assist the local authorities.
A governmental task force has been sent to the island to assess the extent of the damage and decide the next steps to assist residents.