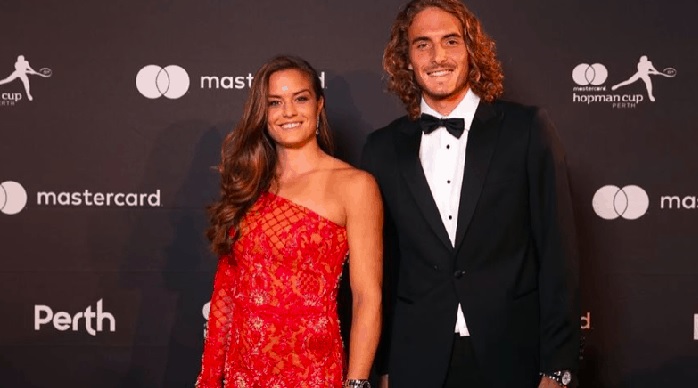 Top Greek tennis player Maria Sakkari on Monday tried to dispel rumors that she is currently secretly dating Stefanos Tsitsipas, while coyly adding “one never knows what the future will bring.”
The two tennis stars have become beloved by Greeks and non-Greeks worldwide as the athletes are going from strength to strength, placing Greece firmly on the world tennis map.
In a rare interview on Antenna TV, Sakkari said that their relationship is one of friendship and mutual admiration for their tennis skills. 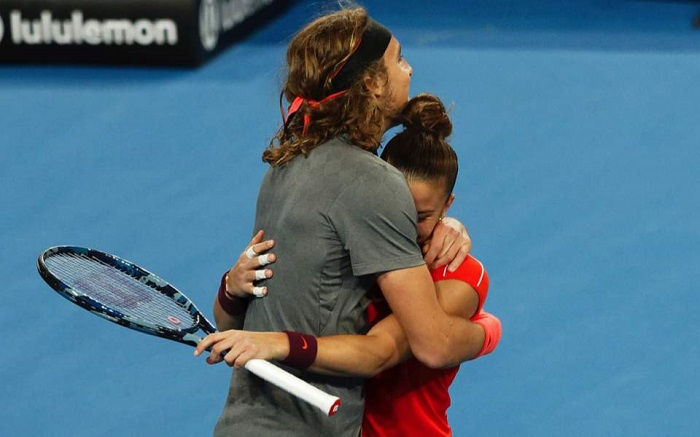 “It is exactly the same as when two actors who have been starring in a romantic movie are seen together in public. People assume that they are a couple,” she explained.
Tsitsipas and Sakkari regularly post photos of each other on their social media pages. But up until now they had neither confirmed nor denied the reports that they were dating, rumors fueled by a kiss Tsitsipas gave to Sakkari after they won a mixed doubles game earlier in the year.
“The kiss he gave me was completely natural. It came after we won against [Roger] Federer and [Belinda] Bencic,” she said referring to the match at the Hopman Cup tournament in Perth, Australia, last January where the Greek duo won in three sets (4-3, 2-4, 4-3).
“The kiss meant nothing erotic. One never knows what the future will bring, but that’s how it is,” the Greek star said.

Sakkari described Tsitsipas as “a star” adding that “what he has achieved at this young age is admirable… Very few people have managed to achieve at this age what he has done, not just in Greece but worldwide.”
She also expressed her conviction that Tsitsipas will soon reach number 1 in the world tennis rankings.
“I think we are one of the best couples in tennis today, because the partnership suits our game. Next year we will play mixed doubles together in the Olympics, if all goes well. I think we have very good communication and chemistry inside the court,” Sakkari noted.