Turkey Attempts to Deport Jihadist to Greece at Evros Checkpoint 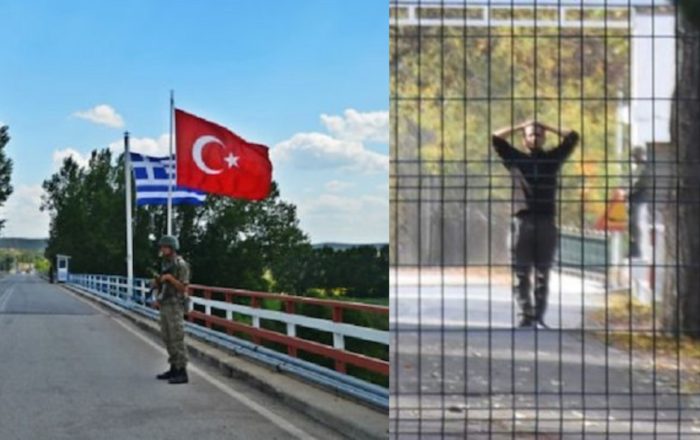 A bizarre incident took place on Monday afternoon at the Greek-Turkish border at Kastanies in the region of Evros.
According to Turkish media, a jihadist, who is allegedly an American citizen, was attempting to cross the border with Greece, as Ankara begins its operation of deporting American and European jihadists back to Europe.
According to Turkish media reports, the man was transported from Istanbul to Edirne (Andrianoupolis) near the Greek – Turkish border after being declared persona non grata and officially deported from the country.
When Greek authorities discovered his attempt to cross the border, however, they successfully blocked his entrance to the country and prohibited him from entering Greek soil.
The man was then physically stranded for quite a long time in the official ”dead zone,” or no-mans-land, between Greece and Turkey, as no country was willing to accept him.
Greek authorities suggest that the man remains the responsibility of the Turks, since he has not entered the country.
Turkey has repeatedly declared in the last several days that it will no longer allow EU or US citizens who have worked for or collaborated with the Islamic State in Syria to remain within its borders.