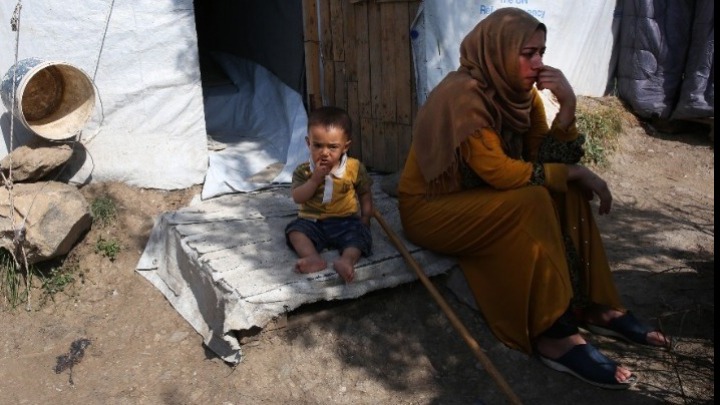 The residents of the island of Leros are threatening to mobilize in protest against the large number of refugees and migrants who are living at the island’s facilities and the plans for more migrants to be transferred from the island of Symi to Leros.
The mayor of Leros, Michalis Kollias, characterized the current conditions prevailing on the island as “unacceptable,” as approximately 3,000 foreign nationals are already living in camps on the small island.
“It is impossible to take such decisions and bring more migrants here. We already have a great problem. The facilities can host up to 800 people and we already have 2,000 — some of them are on the beach with a blanket and a sheet,” he protested.
The mayor called on island residents to block the port and not allow the ferry with the 40 migrants from Symi to dock.
“We will go to port and call on the people to come and protest and from then on everyone should assume his responsibilities” the mayor said.
Meanwhile, the migrant and refugee influx to the northern Aegean islands continues.
Eight dinghies carrying 323 foreign nationals arrived on Lesvos Island at Thursday midnight and were sent to the Moria camp, where the number of migrants now exceeds 15,000.
According to police figures, 6,868 migrants and refugees landed on the northern Aegean islands in October, 3,474 of them on Lesvos, 1.820 on Chios and 1,556 on Samos.
A new law was voted in by the Greek Parliament in the early hours of Friday, aimed at easing pressure on the Aegean islands by speeding up asylum procedures and returns of migrants to Turkey.