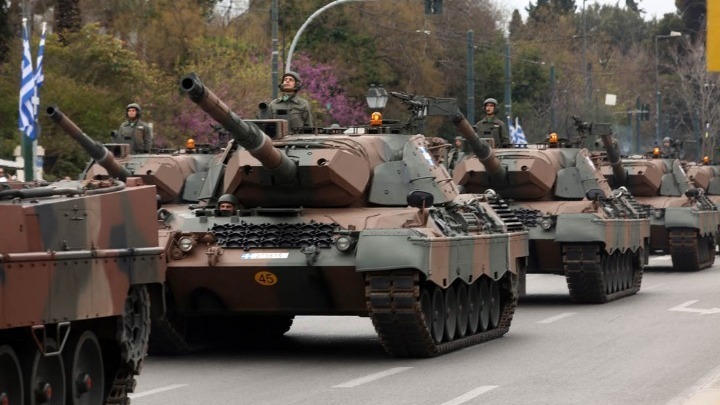 Thousands of people gathered in the center of the city of Thessaloniki on Monday to watch the military parade to commemorate ”Oxi Day,” when the Greek nation said “No” to the fascist aggression in 1940.
Greek civilian groups from all over the country, along with military units, including armored vehicles, tanks, infantry and special forces, marched in front of Prokopis Pavlopoulos, the President of the Hellenic Republic.
Formations of Hellenic Air Force fighters flew over the city, offering an amazing spectacle, as the clouds cleared away, allowing beautiful blue skies to reign over the rest of the festivities. 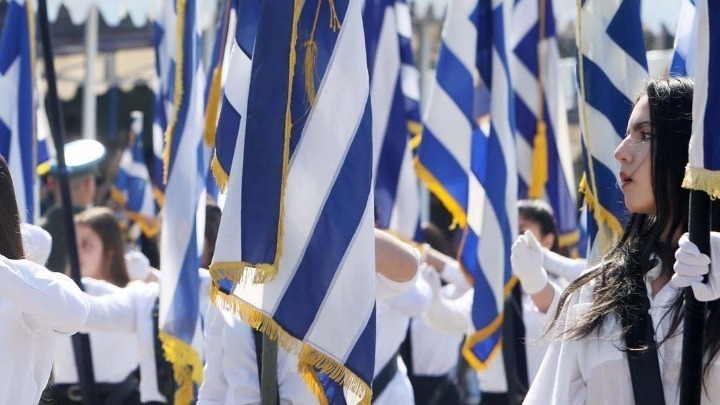 Student parade in Athens
High school students from Athens schools also marched in Athens to commemorate the day.
School students and other youth associations marched through central Athens past Hellenic Parliament in Syntagma, dressed in their school uniforms as well as traditional dress.