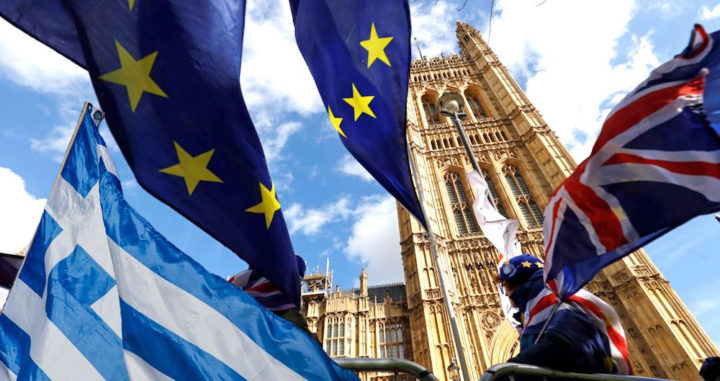 According to a study conducted by the Southeast European Studies research group of the University of Oxford (SEESOX), the number of Greek nationals who moved to the UK to study or work increased significantly in the last decade, despite the Brexit vote of 2016.

According to estimates, the number of Greeks in Britain has nearly doubled in the last decade, reaching around 70,000 people.

However, a safe estimate will be able to be made in 2021, when the next census in Britain is scheduled to take place.

During the last census in 2011, the total number of Greeks living in Britain was approximately 35,000.

Despite the uncertainty that Brexit has sparked among EU citizens in the UK, the referendum result has not changed much about this trend of Greeks choosing the UK for studies or work.

It’s worth noting though that these numbers do not include the Greek-Cypriots who live in the UK, as Cyprus has a different kind of relationship with Britain, since it is part of the Commonwealth.

The University of Oxford study pinpoints the interesting fact that the UK continues to attract highly skilled and educated Greeks, in contrast to other EU countries where low-skilled Greeks often chose to move after the financial collapse of the country in the early 2010s.

According to the latest available data, from 2014, an impressive 78 percent of Greeks who live in the UK are at least University graduates, with many of them having postgraduate or even doctoral degrees.

This figure is double the number of British nationals who hold University qualifications in the UK.

The SEESOX group will continue to study the Greek presence in Britain, as this new dynamic relationship between the societies of Greece and Great Britain alters not only the Greek communities in Britain but also the UK itself.