Turkey Issues NAVTEX off Cyprus and Limnos Island in Greece 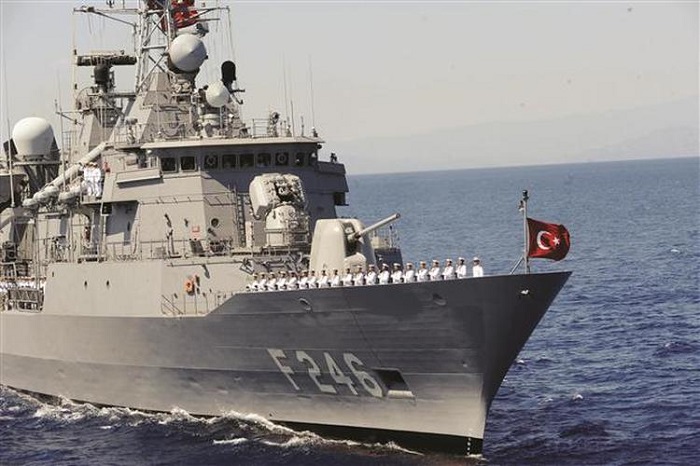 Turkish authorities issued two new Navigational Telexes (NAVTEX) on Thursday, blocking off the regions of the sea west of Cyprus and southeast of the Greek island of Limnos in the Northern Aegean Sea.
Turkey is continuing its game of ramping up tensions in both Greece and Cyprus’ Exclusive Economic Zones, where it says it will conduct military exercises and maneuvers with its Navy, using live fire.
The new NAVTEX off the coast of Cyprus, which was issued by the Hydrographic Station of Antalya, involved military exercises conducted on Thursday.
The NAVTEX involving the area between Greece’s Limnos and Lesvos Islands involves exercises scheduled for Wednesday, October 23, and was issued by the Hydrographic Station of Izmir.
Meanwhile, two Turkish F-16 fighter jets flew over the small Greek islands of Panagia and Oinousses in the Eastern Aegean Sea, violating Greece’s air space once again.