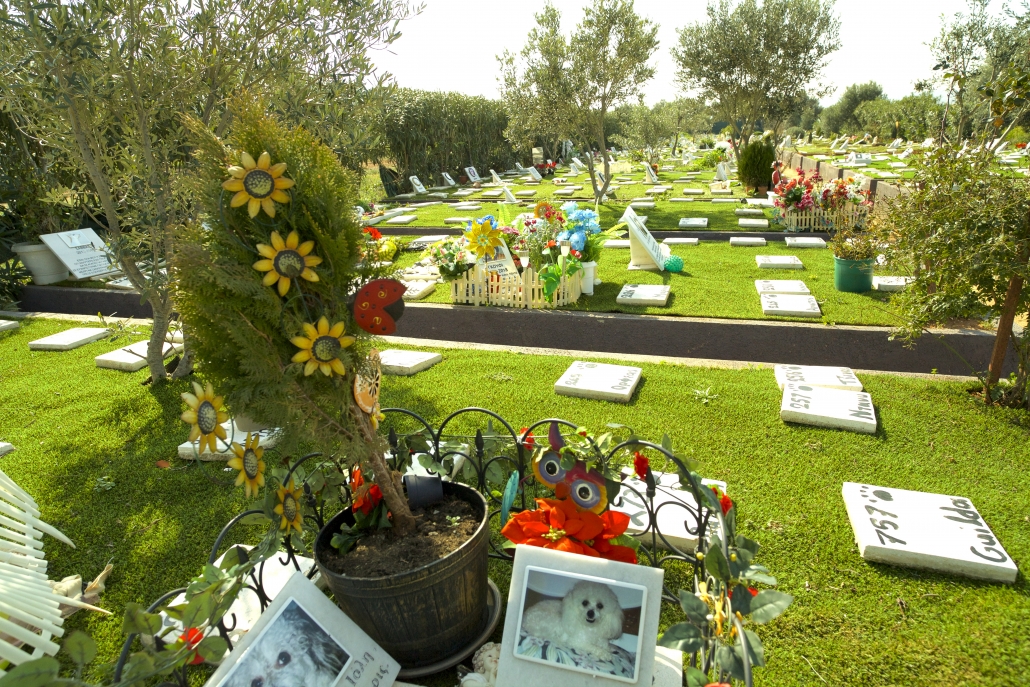 The death of a pet or a domestic animal which its owner has loved for many years is, for many, an extremely painful experience. For some, it can be as difficult as losing a beloved relative or friend.
For the majority of pet owners, losing a dog or a cat is truly akin to losing a member of their family.
Burying a pet in an animal cemetery is seen by some nowadays as being as important as giving a loved one a proper funeral service. The action shows how important the pet has been in your life, and also shows respect for the animal.
In practice, it also means that there will be a place in the world to visit and honor the memory of the beloved pet.
Out of ignorance or lack of information, the vast majority of people are unaware that it is prohibited by law in Greece to bury an animal in your backyard, or even in the woods.
If you bury an animal in your backyard you may show the same respect, and no one will question it, but the practice can pose risks to other animals and the environment, and to humans as well.
This is especially true if you have lost the animal because of a disease, which could possibly be transmitted to other pets or children if they try to dig up the soil, although frequent vaccinations reduce the likelihood of this happening.
Also, the drug Pentobarbital, which is used in euthanasia, remains in the body of the animal for more than a year, and that understandably has an impact on the environment as well. 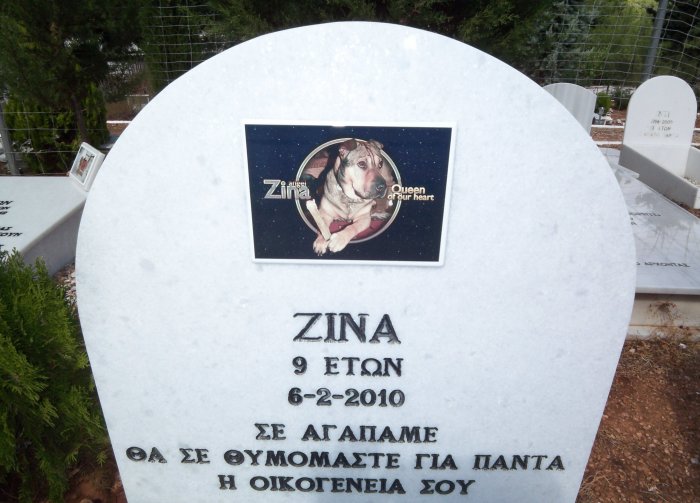 The first pet cemetery in Greece, which opened in Malakasa, Attica in 1962, is called the “St. Francis Cemetery for Small Animals.” It originally opened its doors as an animal boarding facility and dog training center. In 1984, an animal cemetery began operation on the site.
The beautifully-appointed rising place was named after Saint Francis of Assisi, one of the greatest Catholic saints and the special patron saint of animals and the environment.
Rates for the respectful burial of your pet there can range from 50 to 200 euros. After the first two years, there is a small annual fee for allowing the pet to be interred there without being moved.
A look at the well-kept graves there shows that the vast majority of the departed animals are pet dogs and cats, while there are a few graves for rabbits, reptiles, and birds — and even horses.
Looking at the small tombstones, one can read heart-rending farewell messages such as  “We will love you forever,” “We miss you so much,” “Goodbye our friend, companion and protector,” and other phrases expressing the ineffable love we have for our companion animals.
Another establishment, called “Cats ‘n’ Dogs,” near Athens’ International Airport, offers a full range of boarding and grooming services for pets, but it also provides cremation services for deceased pets and has an attractive and peaceful cemetery for them on its land.
Cremation is a choice that has become very popular in recent years because it gives owners the advantage of having the ashes of their loved pet at home so that they can honor its memory every day.
In all, there are five pet cemeteries in the broader Attica region, offering final services and resting places for beloved pets, both large and small, and a place to honor their memory, as they so well deserve.