GRNews
GreekReporter.comGreeceSurvey Shows Two Out of Five Teenagers in Greece Unhappy With Their... 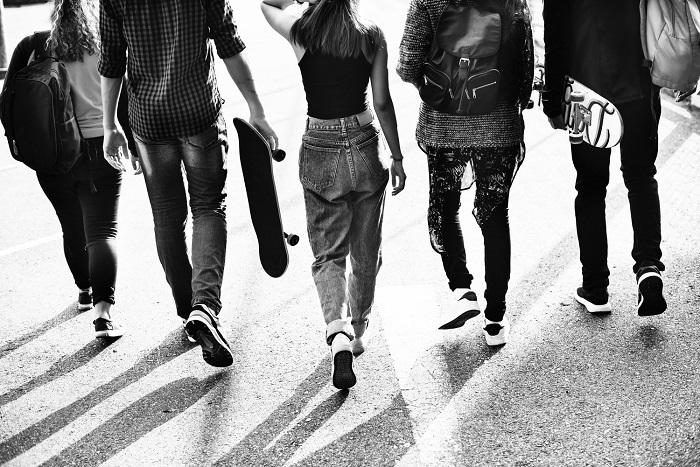 Two out of five teenagers in Greece are not happy with their lives, according to a new survey, published on Tuesday to coincide with “World Mental Health Day,” which is commemorated on Thursday.
The survey, by Greece’s Research Institute of Mental Health, Neurosciences and Medical Accuracy (Epipsi), shows that 43.2 percent of Greek teenagers are unsatisfied with their lives, and that females appear less satisfied than males, with 48.0 percent and 38.4 percent respectively unhappy with their current situation.
According to the study, the feelings of unhappiness increase during the years of adolescence, from 23.6 percent at age 11 to 49.9 percent at age 13 and 55.0 percent at age 15.
Comparisons with previous research findings show an increase in adolescents’ unhappiness over the past decades, from 30.3 percent of young people studied in 2002 to fully 43.2 percent in 2018.
The Scourge of Depression
Depression is one of the main psychological characteristics of adolescents, according to the survey. However, more severe symptoms of depression can in many cases indicate the need for treatment.
The proportion of adolescents with depressive feelings that may be associated with clinical depression was 28.2 percent between the ages of 11-15, increasing with age; 15 percent of 11-year-olds were found to be experiencing depression as opposed to 37.1 percent of all the 15-year-olds studied.
Teenage girls in Greece have higher rates of clinical depression than do boys, at 36.1 percent and 20.2 percent respectively, according to the findings of the study.
Suicidal tendencies
According to the survey, one in four 16-year-olds said that they have thought of deliberately harming themselves at least once in their lives, with girls much more likely than boys to have considered suicide, with rates of 36.3 percent and 14.6 percent, respectively.
However, in a positive development, between 1999 and 2015, the proportion of teenagers who responded that they had contemplated intentionally harming themselves at least once in their lives actually dropped significantly, from 39.4 percent to 25.6 percent.