Greek Economy Fails to Compete Due to Overtaxation 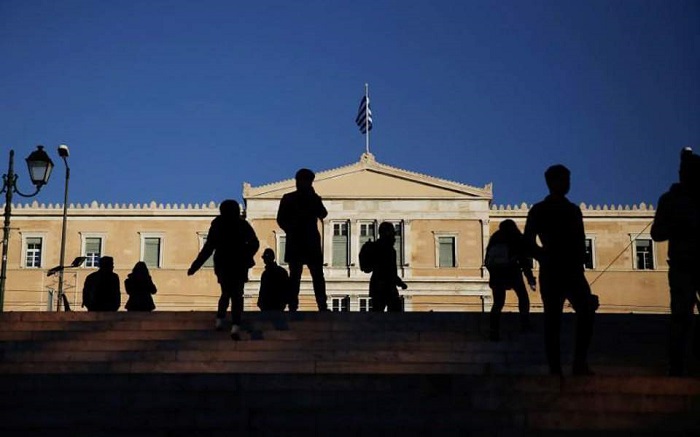 Greece is not tax competitive compared to other countries because over-taxation drives investors away, according to information gleaned from the latest International Tax Competitiveness Index (ITCI).
Specifically, Greece ranks 30th among the thirty-six countries of the Organization for Economic Co-operation and Development (OECD) in the arena of tax competitiveness.
The Competitiveness Index, released by The Tax Foundation, a US think tank established in 1937, highlights the problems created by the overtaxation of individuals and businesses in recent years.
It is disturbingly indicative that from 2014 — the first year of publication of the Index — to date, Greece has consistently occupied positions between 27-32 on this index.
The Index calculates the performance of each country in five sub-sectors: corporation taxes, individual income taxes, consumer taxes, real estate taxes and profit taxes generated abroad.
Greece ranks 29th in business taxes, while it is in 28th position in property taxes. According to analysts, many property taxes are highly distorting and are significantly complex for taxpayers and businesses.
With the exception of land taxation, most property taxes have distortions resulting in long-term negative effects on the economy and productivity.
Analysts have found several weaknesses in Greece’s tax system, including its high corporate taxes and its high value added tax (VAT).
Specifically, Greece has a 28 percent corporate tax rate, higher than the OECD average  of 23.6 percent. However, profits for 2019 will be taxed at a rate of 24 percent according to statements made by the government.
This encouraging development promises to bring the country very close to the OECD average. According to an OECD survey, corporate taxes are the single most important factor in economic growth.
Greece has one of the highest VAT rates among all OECD countries, at 24 percent, with one of the most restrictive tax bases as well.
Companies also face severe restrictions on the amount of net operating losses with which  they can offset future earnings. At the same time, businesses are not allowed to use losses to reduce their previous taxable income.
In most countries, companies are allowed to either deduct current-year losses from future profits or to deduct current-year losses from past profits by collecting a tax refund. The ability to transfer losses to future or previous years ensures that a business is taxed at its average profitability over the course of many years.
This better illustrates the true costs and profits of a business than the taxation of profits of any given use, which are affected by the fluctuations of the economy. It is noted that in 20 of the 36 OECD countries, companies can transfer losses into the future indefinitely.
Correspondingly, the Greek tax system has some strengths as well. Researchers found the  following positive characteristics:
The dividend rate is substantially below the OECD average, at 15 percent, compared to the OECD mean of 23.8 percent. In fact, this rate will be further reduced to 5 percent for 2019 earnings, according to an announcement by the Greek government.
Additionally, regulations for foreign companies in Greece are lenient and apply only to passive revenues.
The International Tax Competitiveness Index (ITCI)
The International Tax Competitiveness Index (ITCI) seeks to measure the extent to which a country’s tax system adheres to two important aspects of tax policy: competitiveness and neutrality.
It is noted that for the sixth consecutive year, the country with the best performance among OECD countries is Estonia, with France taking last place.
A competitive tax code is one that keeps marginal tax rates low. International businesses look for countries with lower tax rates on investment to maximize their after-tax rate of return.
If a country’s tax rate is too high, it will drive investment elsewhere, leading to slower economic growth. High marginal tax rates can also lead to widespread tax avoidance.