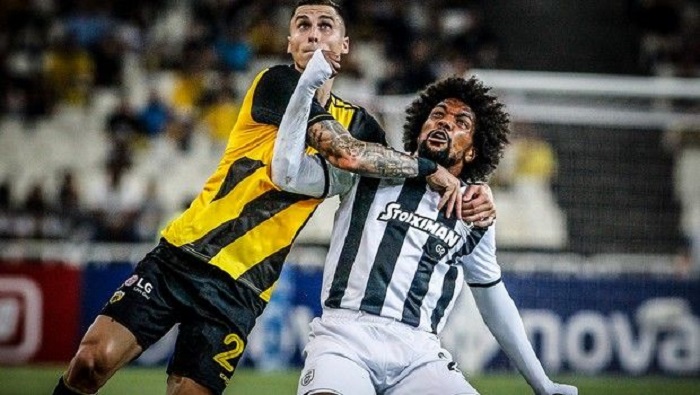 AEK held reigning champions PAOK to a 2-2 draw at the Athens Olympic stadium on Sunday enabling Olympiacos to move alone to the top spot of the Greek Super League.
AEK twice fought back from a goal down to earn a 2-2 draw against PAOK in a thrilling derby with four goals, a missed penalty by PAOK and an AEK goal disallowed, ruled offside by the Swiss referee after he consulted VAR officials.
PAOK, who dominated the first half against a nervy-looking AEK, took the lead twice through goals from Polish forward Karol Swiderski. But AEK battled back and drew level both times with Dmytro Chigrynskiy and second-half substitute Milos Deletic on target for Nikos Kostenoglou’s side.


Abel Ferreira’s team will see this match as two points dropped, with Olympiacos now taking over at the top of the table with a two-point lead.
Olympiacos had Youssef El-Arabi to thank for his brace in the Reds’ 2-0 home win over Lamia on Saturday, just three days before its Champions League encounter with Red Star in Belgrade. 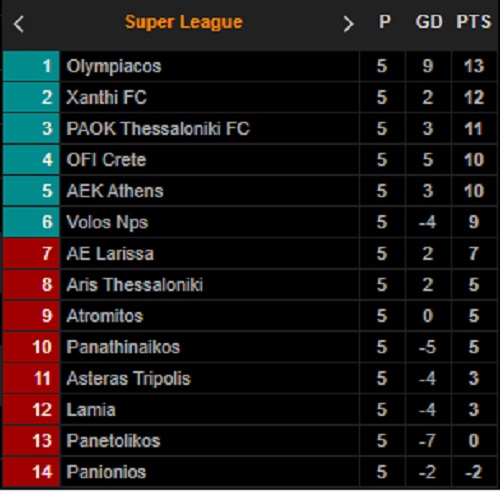