The Hellenic Initiative to Bring Together Greek Diaspora in New York 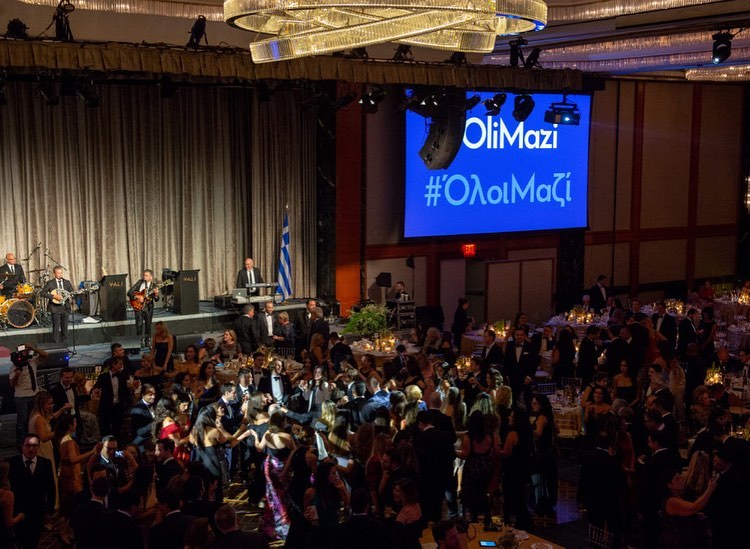 The Hellenic Initiative’s 7th Annual Gala is slated for Friday, September 27, 2019 in New York. The festive annual gala is one of the main fundraising events for the New York City-based foundation, which benefits a range of charities and programs in Greece.

The Hellenic Initiative (THI), which leads the Greek Diaspora community internationally in raising awareness and capital for Greece, raised more than $2 million at last year’s event.

Peter Poulos, the Executive Director of THI, spoke to the Greek Reporter about what they aim to achieve with this year’s gala event.

“The Hellenic Initiative’s Gala, which takes place every year in New York, is the largest fundraising event in all of the global Greek Diaspora,” he says. The director estimates that this year, the charity “will raise close to $2.5 million in one night.”

Poulos stressed that “All of the money is raised to support our programs on the ground in Greece that are helping Greeks through the challenges of the financial crisis, supporting entrepreneurs and supporting economic development projects in order to create jobs.”

THI works in conjunction with the Coca Cola company and “Global Shapers,” who are part of Greece’s largest paid internship program, called “ReGeneration.”

Poulos explains that “We place highly skilled young Greeks in positions in companies. We have over 400 hiring partners for a six-month paid internship, in the hopes that after that six-month period, the company will retain them on a permanent basis.”

The THI director added that “We have an 87% retention rate. We have put over a thousand young people in positions in Greece since the program began.”

This extremely successful program is one of the answers to Greece’s debilitating “brain drain,” serving as a vital tool for companies needing to recruit for the future.

THI also runs Greece’s only American-style “Venture Fair.” Every year they host an event in which they introduce the leaders of promising Greek start-up companies to an entire room full of investors. This is especially important because most Greek companies have problems accessing the capital they need in order to grow.

THI’s executive director Poulos explains that “We act like the middle man. We put everyone together in the hope that a few companies can actually find their funding from the investors in the room.”

Regarding their non-profit contributions, THI also supports “Together for Children,” which is an umbrella organization that assists children in need all over Greece. Underneath the organization’s umbrella there are ten smaller charities which help children who are in need of clothing, a hot meal, or other necessities.

Poulos maintains that they continually try to connect the dots between donors and what the exact needs are on the ground in Greece.

“We are finding that third, fourth, fifth, even sixth-generation Greeks in the diaspora want to connect with the “motherland” and they are looking for a way to do that,” he says.

Poulos added that “We fund organizations that have stellar track records on making sure that the people that they are supporting get all the funds that are given to them.

“And I think that it is reassuring for lots of Greeks in the Diaspora to know that they have a trusted partner in THI. When they are giving their money, they know that it is going to be spent well, because we do our job vetting the organizations we give money to.”

Many Greek-American and Greek entrepreneurs, including THI Chairman Andrew N. Liveris, the former Chairman and CEO of Dow Chemical Company, are expected to attend the gala event.

A great number of other investment experts and entrepreneurs, celebrities and notables are expected to attend, including Princess Tatiana of Greece.

Panos Mouzourakis, the award-winning Greek artist, singer, songwriter, and actor, will act as emcee of the gala event. Mouzourakis has served on the jury of “The Voice of Greece” and voiced the Greek version of Olaf in the film “Frozen.” The beloved entertainer also appeared in last year’s romantic comedy, “Mamma Mia! Here We Go Again.”

WHERE: The New York Hilton, at 1335 Avenue of the Americas (on Sixth Avenue between 53rd and 54th Streets) in New York City.

ATTIRE: Black tie. Admission is free to members of the credentialed press.

TICKETS: For tickets to this gala celebration, please visit the THI website.