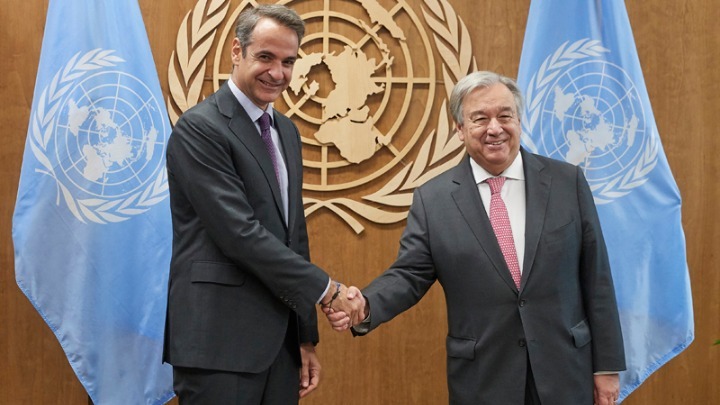 The Cyprus issue and climate change dominated the talks between Greek Prime Minister Kyriakos Mitsotakis and UN Secretary General Antonio Guterres in New York on Thursday.
In a statement, Mitsotakis said that he “thanked the Secretary-General for his very substantial contribution and his continued efforts in resolving the Cyprus issue.”
He reiterated Greece’s “unequivocal support for the just demands of the Greek-Cypriot community to finally find a just and viable solution to this long-standing problem.”
He went on to say that they also discussed the “green” agenda for tackling climate change, which the Secretary-General has set as his first priority.
“I reiterated Greece’s unequivocal support for the UN initiative to achieve the goals of sustainable development and presented our country’s plan for how Greece would be at the forefront of the European battle against climate change,” the prime minister said.
He added that by the end of this year, the Greek government will present its updated strategy for achieving the objectives set at the Paris conference, and promised “it will be a bold, ambitious strategy at the forefront of the European initiative to address this critical issue.”
On Monday, speaking at the UN Climate Summit, Mitsotakis announced that Greece aims to shut down all of its lignite-fired power plants by 2028.
”Our goal is to shut down all lignite-run electricity production units by 2028, and we plan to ban all single-use plastics throughout Greece by 2021,” the Greek premier declared. 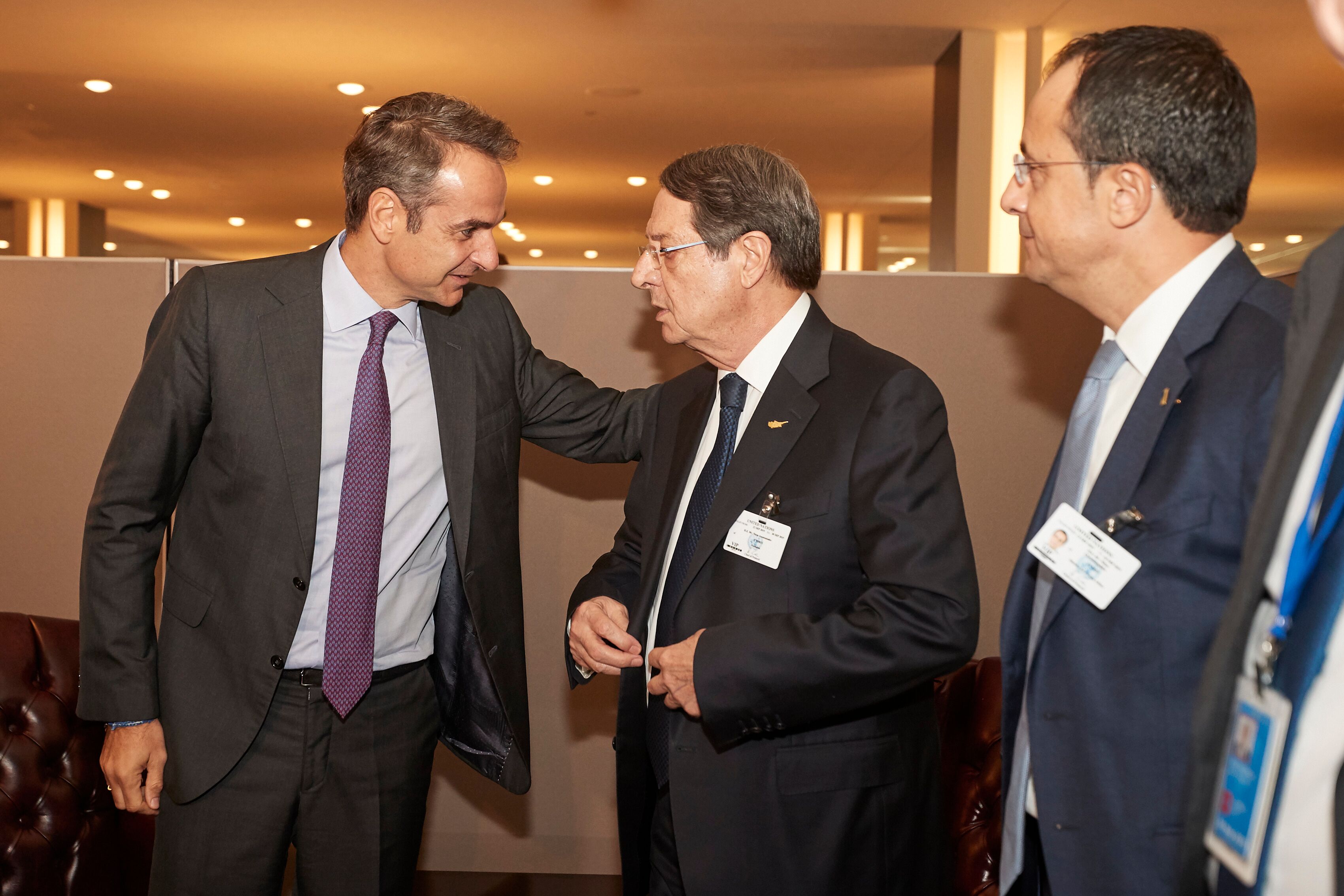