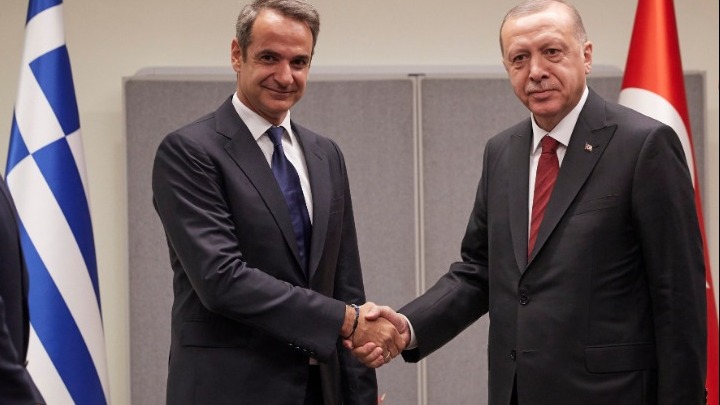 Greek Prime Minister Kyriakos Mitsotakis held a meeting with Recep Tayyip Erdogan in New York on Wednesday, his first with the Turkish president since he became prime minister in July.
The meeting, lasting 45 minutes, was held concurrent with a session of the UN General Assembly and occurred at a time when Turkey is behaving in an increasingly provocative manner in Cyprus’ Exclusive Economic Zone (EEZ) and when migrant flows in the Aegean have spiked.
According to Greek sources, the two leaders discussed all major issues in Greek-Turkish relations, including the refugee crisis, the Cyprus issue as well as purely bilateral issues, with an emphasis on boosting Greece-Turkey economic and trade relations. 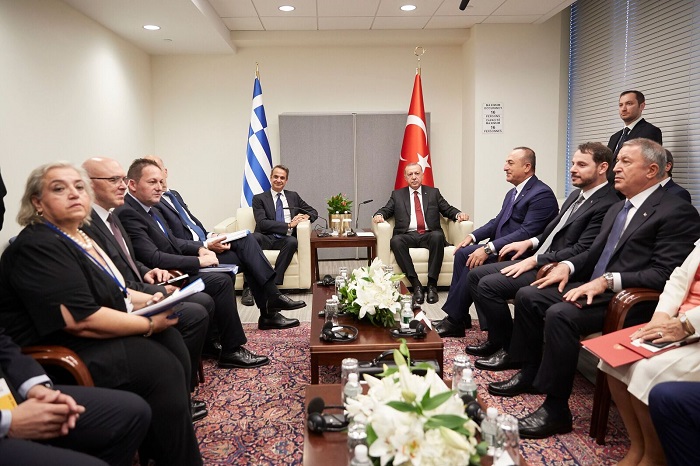 The Greek premier expressed his support for the Republic of Cyprus, as well as President Nikos Anastasiades’ proposal to secure a fair share for both communities on the island by exploiting Cyprus’s natural wealth.
Concerning the refugee crisis, it was agreed that every effort should be made to restrict flows to both the Turkish coast and the sea.
According to the same sources, Mitsotakis raised the issue of the reopening of the Halki Theological School, a topic that is said to being considered favorably by the Turkish side. 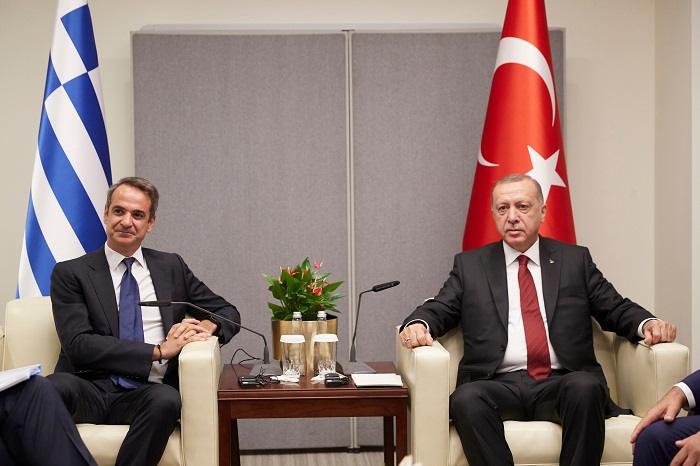 Erdogan and his advisers raised issues regarding to the Muslim minority in Western Thrace and referred to the two Ottoman cultural heritage sites in Athens and Thessaloniki.
The two leaders agreed that their governments should be working closely to build a better climate for the benefit of both peoples and stability in the region.
Mitsotakis meets business leaders, Greek American community
Following the meeting with Erdogan, the Prime Minister of Greece will participate in Bloomberg’s Global Business Forum and have a meeting with the group’s CEO, Michael Bloomberg, on the sidelines of the forum.
The Bloomberg event will be followed by a dinner given by U.S. Secretary of Commerce Wilbur Ross, which is to be attended by a number of investors.
On Wednesday evening, Mitsotakis is scheduled to speak at an event in Astoria, Queens, organized by the Greek-American community, where he will discuss the issue of giving Greeks abroad the option of voting from their place of residence.