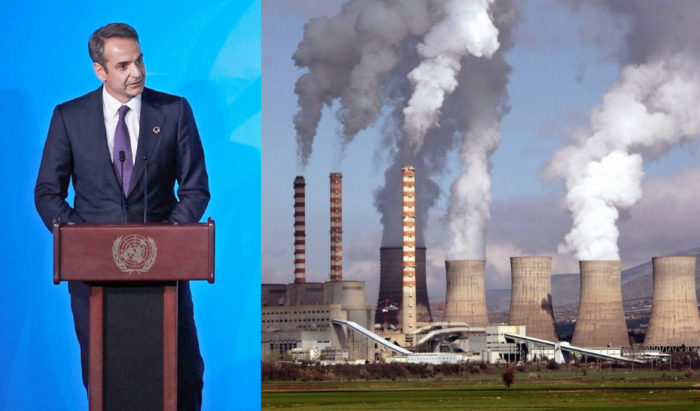 Greek Prime Minister Kyriakos Mitsotakis announced in New York on Monday that Greece aims to shut down all of its lignite-fired power plants by 2028.
The announcement was made during the PM’s speech at the UN Climate Summit, where a series of talks by world leaders are now being held to coordinate global action against climate change.
Speaking about the negative repercussions climate change has already brought upon humanity, Mitsotakis declared that by the end of this year Athens will adopt a new national policy for energy and the climate.
Greece will adopt the recent European Parliament resolution that bans single-use plastic items, such as plates, cutlery, and straws by the end of 2021.
”Our goal is to shut down all lignite-run electricity production units by 2028, and we plan to ban all single-use plastics throughout Greece by 2021,” the Greek premier declared on the stage of the climate summit.

Another pledge that Mitsotakis made was that over the next decade, the share of renewable resources produced in the country will have to be at least 35 percent of the total.
Greece has already more than doubled its share of renewable energy resources in recent years, from 7 percent in 2004 to 15.5 in 2017.
Mitsotakis also announced that Athens will host an international summit at the level of heads of state and governments to address the risks posed by climate change to the world’s cultural heritage.
”In the shadow of the Acropolis, let us pledge that a monument which has survived for 25 centuries will continue to be a beacon of beauty and natural balance to be appreciated by generations to come,” the Greek Premier concluded.