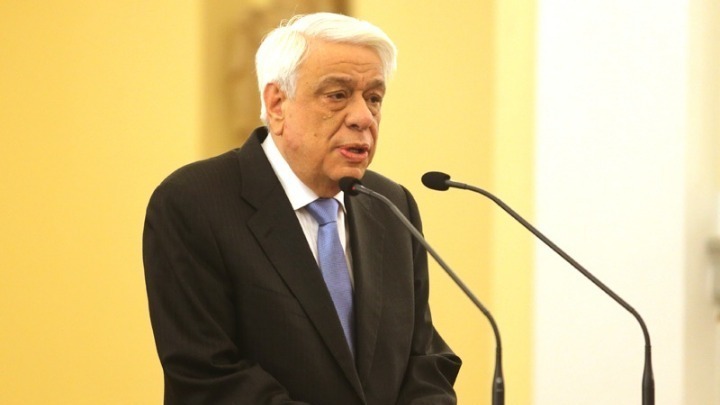 President of the Hellenic Republic Prokopis Pavlopoulos on Friday delivered a clear message on the immediate return of the Parthenon sculptures from the British Museum.
The president’s statement came during the inauguration of the 24th Art Athina Annual International Contemporary Art Fair at the Zappeion.
Pavlopoulos aired his call for the immediate return of the Parthenon Sculptures to Athens and the Acropolis Museum, which, he noted, was built for this very purpose, and stressed that the British Museum’s persistence in refusing to return them is just as offensive towards the culture of Great Britain as it is to Greek culture.
The president said that the “attitude (of the British Museum) has begun to cause a worldwide outcry.”
“The British Museum’s aforementioned obsession is tantamount to supporting some culture of grave-robbing as well as Elgin’s theft, too,” Pavlopoulos noted.
“And, of course,” he continued, “this attitude does not honor the people of Great Britain, bearing in mind its long (and honorable) history (…) that the crown jewel of British Culture, the British Museum, should behave as a common fence and embezzler of unique World Heritage cultural goods,” the Greek president insisted.
(Source: Athens – Macedonian News Agency)