Greek Australians recently raised money to create a statue of George Treloar, the Australian man who helped thousands of Pontian Greeks when they were forced to leave their homelands in the Pontus region of the Black Sea in the early 1920s. 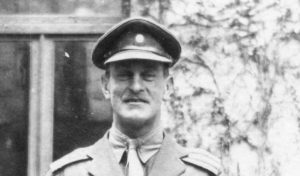 Having to choose between death and exile, hundreds of thousands of Greek Pontians, who lived for thousands of years in the region of today’s northern Turkish coast and spoke a dialect very close to the original ancient Greek language, and were forced to move to Greece in order to save their lives.

There, Treloar, a refugees commissioner of the League of Nations (the predecessor of the UN), helped thousands of Pontian Greek refugees settle and find the support they needed.

Treloar played a crucial role in establishing thirteen new villages near the city of Komotini, in Rhodope region, Thrace.

Ballarat’s newest commemorative sculpture in celebration of George Devine Treloar, solider and humanitarian.
By Melbourne artist, Lis Johnson.
An initiative of descendants of Greek refugees Treloar saved, and the people of Ballarat.
Opposite The Turret, Sturt Street. pic.twitter.com/lSmOWnZLeg

In the 1940s and after World War II, many of these Pontian Greek refugees emigrated to Australia.

Today, their children and grandchildren, in an attempt to honor the Australian man who saved the lives of their ancestors, created a statue of him.

The statue of Treloar was unveiled on Sunday, September 8 on Sturt Street in Ballarat.

It will be placed in the honorary position among Queen Victoria and King George V.

Greece Has the Largest Number of Goats in Europe