GRNews
GreekReporter.comGreeceEx PM Alexis Tsipras Calls For the Creation of a Broad European... 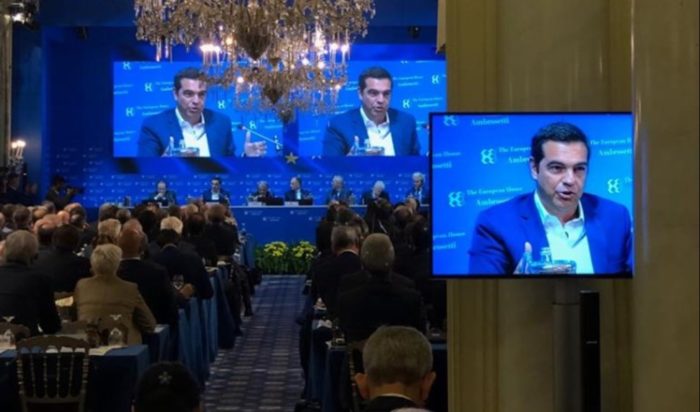 The Leader of the Opposition and former PM Alexis Tsipras highlighted the need on Saturday for the creation of a broad progressive front in European politics, from the “left of the left to the progressive center”.
Speaking at the 45th European House Ambrosetti Forum, which is held in Villa d’Este in Cernobbio, near Lake Como in Italy, the former Greek Premier noted that five years ago, many had believed that the threat to Europe came from the Left, ”but the threat had actually come from the far-right, nationalist isolationism and neoliberal austerity”.
The leader of the SYRIZA Party said that “Europe now finds itself facing a dilemma, as Greece did in previous years, between nationalist policies and a passive acceptance of neoliberal policies. The solution must be to find alternative policies that are based on bold, progressive and European solutions”.
On the sidelines of the forum, Tsipras had a meeting with former US Secretary of State Hillary Clinton and Italian politicians.