A group called “The Association of Greeks in Moscow” has managed to turn historic Gorky Park in central Moscow into a huge dance floor this summer, where people are learning how to dance traditional Greek dances for free.

Every Sunday, from June 9 until August 25, Gorky Park has come alive with Greek rhythms and dances, as hundreds of people enjoy classes in the sirtaki, zeibekiko, kalamatiano, tsamiko, hasapiko and scores of other traditional dances from different parts of Greece.

They have so far learned dances originating from the Greek islands, the mainland and even some from the Pontian area.

The organizers were reluctant to go ahead with their idea at first, as they didn’t believe that the Russian authorities would allow dance classes in one of Russia’s most famous parks.

But the authorization went through, to their surprise, and the dancing began, offering fun and educational classes to all those who wanted to try to learn the steps to some of the most famous Greek dances. 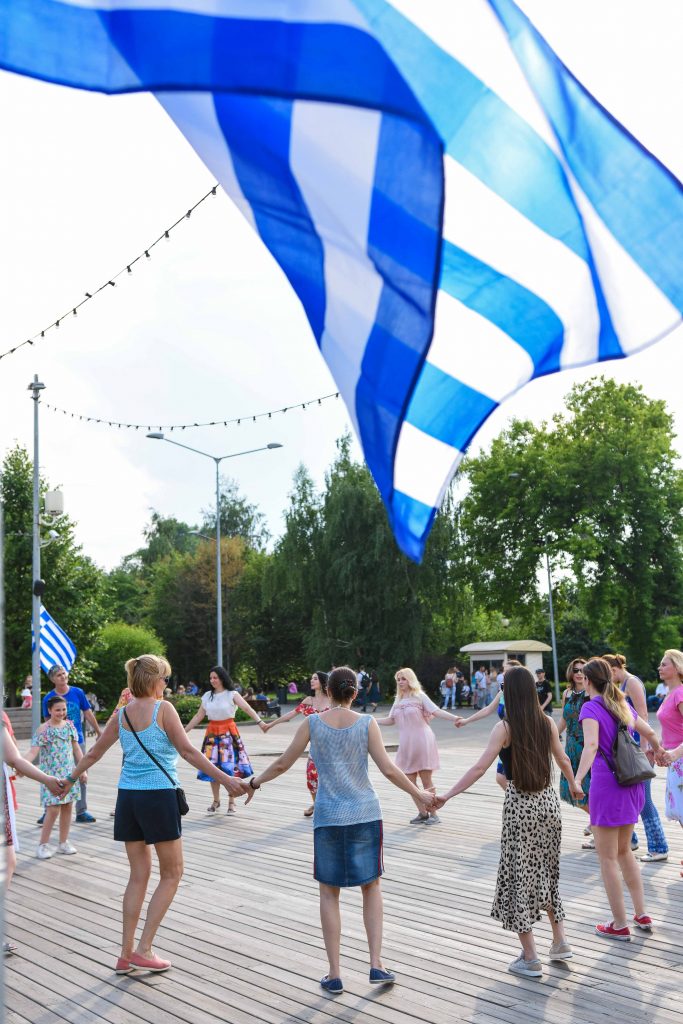 There are thousands of Greek dances and a great variation among them, depending on which part of Greece one comes from. Some of them have deep roots in the ancient past, and Greek dances were even referenced in the works of authors such as Plato, Aristotle and Plutarch.