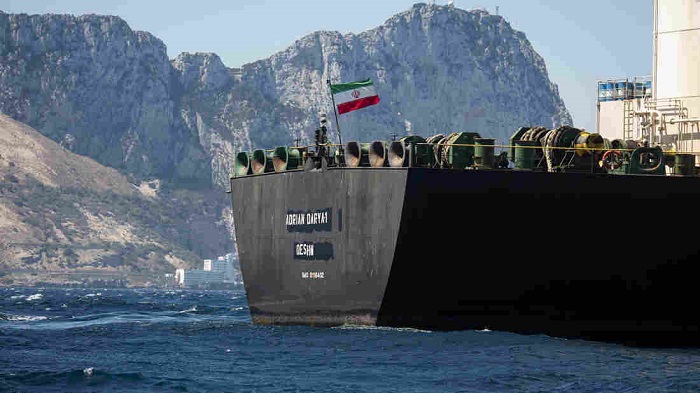 An Iranian tanker pursued by the US is no longer on record as being bound for either Greece or Turkey, shipping data showed on Monday.
The oil tanker Adrian Darya 1, formerly called the Grace 1, was released from detention off Gibraltar in mid-August after a five-week standoff as the result of a dispute over whether or not it was carrying Iranian oil to Syria in violation of European Union sanctions.
A federal court in the US has issued a warrant to seize the ship on grounds that its load of oil was intended to be sold to profit terrorist organizations, and the US government has warned nations not to allow the vessel into their waters.
The tanker had originally given its destination as Greece, and then later switched it to Turkey, but then subsequently changed that destination as well. The vessel is still in the Mediterranean Sea, heading eastward, at this time.
The tanker is carrying 2.1 million barrels of Iranian crude oil estimated to be worth some $130 million.
The Associated Press on Monday quoted an unnamed Iranian government spokesman as saying that the tanker’s oil has already been sold to an unnamed buyer.