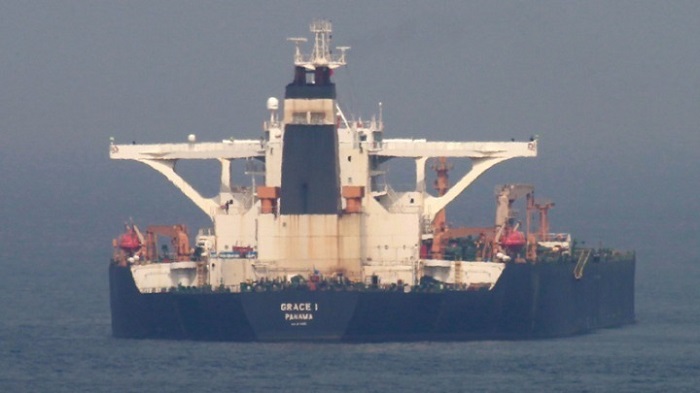 The Iranian tanker Adrian Darya, formerly called Grace 1, has switched its destination and is now heading to Turkey instead of southern Greece, according to the Associated Press.
The tanker which is at the center of a confrontation between Washington and Tehran was released from detention off Gibraltar after a five-week standoff over whether it was carrying Iranian oil to Syria in violation of European Union sanctions in mid-August.
The crew of the tanker updated its listed destination in its Automatic Identification System (AIS) to Mersin, Turkey, a port city in the country’s south and home to an oil terminal.
However, mariners can input any destination into the AIS, so Turkey may not be its true destination. Mersin is some 200 kilometers (125 miles) northwest of a refinery in Baniyas, Syria, where authorities alleged the Adrian Darya had been heading.
The new reported destination of the Adrian Darya has not yet been confirmed by Iranian state media and officials. The tanker is carrying 2.1 million barrels of Iranian crude oil worth some $130 million. There has not been any immediate reaction from Turkey either, whose President Recep Tayyip Erdogan deals directly with Tehran and Russia over Syria’s long war.
The Adrian Darya’s position is just south of Sicily in the Mediterranean Sea, according to data from the ship-tracking website MarineTraffic.com. At current speeds, it estimated the Adrian Darya would reach Mersin in about a week.
Greece refused to offer any facilities to the tanker as it did not want to risk its relations with America by aiding it.