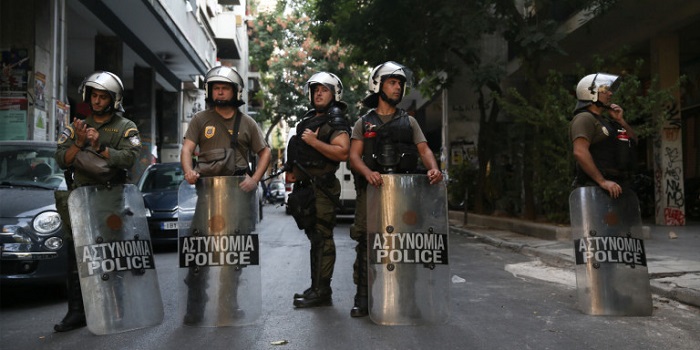 Dozens of Greek police officers on Monday stormed at least four anarchist apartments and buildings used as squats in Exarchia, the run-down central district of Athens.
The police sweeps, which began last week, are being undertaken with an aim to combat drug trafficking and illegal immigration as well as squatting in vacant buildings.
More than 100 migrants with no valid residence documents were taken into custody as a result of Monday’s operation. Special police units are also sweeping the apartments and buildings used as squats for drugs and weapons.
“The operations will continue with the same or greater intensity, until the drug mafias operating in the area have been dismantled,” an unnamed official from the Citizens’ Protection Ministry told Greek daily newspaper Kathimerini.
A total of 23 buildings in Athens are currently occupied by squatters, and twelve of these are being used by migrants as housing.
The police action has met with little resistance so far, as many of the self-styled anarchists are currently away for the summer.