GRNews
GreekReporter.comAustralia"Yiayia Next Door" Given Ticket to Visit Family in Greece (video)

“Yiayia Next Door” Given Ticket to Visit Family in Greece (video) 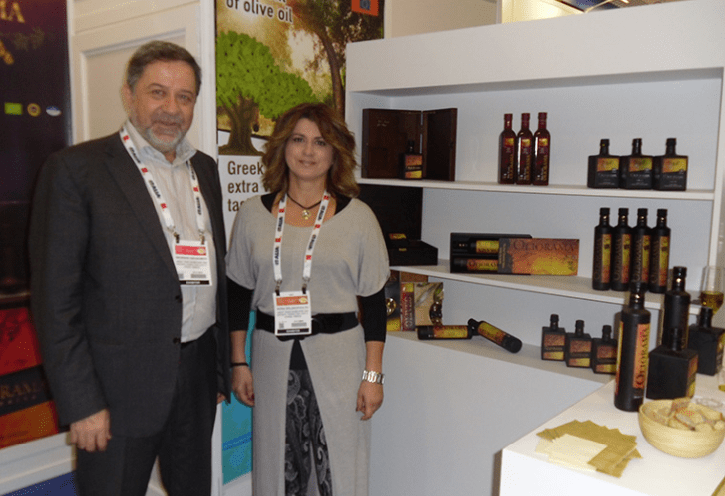 The “Yiayia Next Door,” the elderly Greek-Australian woman whose generosity to her next-door neighbors Daniel and Luke Mancuso went viral earlier this year on Instagram, has now been given tickets to visit her family back in Greece.

“Nina,” aka “The Yiayia Next Door”, is the grandmother everyone would love to have living next to them. The adorable Greek woman has been videotaped feeding her two young neighbors almost every day, passing delicious Greek dishes over the fence between their properties.

As soon as Daniel Mancuso opened the “Yiayia Next Door” account on Instagram, the videos showing Nina’s daily gifts to the brothers instantly went viral.

The Australian man, who is not of Greek extraction, continues to post videos of him and his brother receiving plates and bowls of Greek food over the fence from Nina, whose face remains a mystery because we never see her.

All the public has ever seen of this Greek mystery woman is her hands reaching over the fence, as she passes her neighbors bowls of lentils, plates of baked chicken with potatoes, tsoureki, fruit and other Greek delicacies.

The brothers’ video on The Project on Facebook — with over 828,000 views — tells the tragic story of how the two young men ended up living next door to the yiayia, and how she then took them under her wing.

When she related the story of how she worries about her sister in Greece who recently suffered a stroke, and how she cannot afford the airfare back to Greece, Flight Centre Northland gallantly came to her rescue.

The travel agency offered the yiayia and pappou free flight tickets so that they can travel back to Greece and visit Nina’s sister.

The brothers recently shared an update on Instagram which said, “To our beloved neighbours Yiayia and Pappou, Greece awaits your generous souls! Next Monday Yiayia will be on her merry way to reunite with her sister.”

In a regular Aussie suburban home, there’s a story that is truly amazing and it all comes down to the kindness of one very special yiayia.