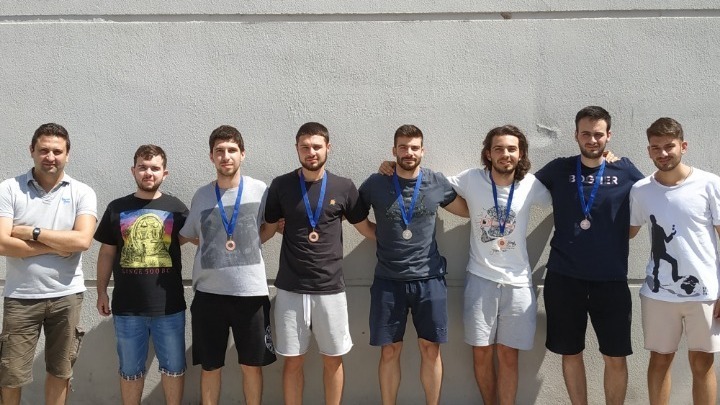 A group of students from the Aristotelian University of Thessaloniki (AUTH) returned to their university campus on Monday with five medals they had won at the International Mathematics Competition-IMC in Blagoevgrad, Bulgaria.
The seven students competed with fellow college students in the areas of Algebra, Mathematical Analysis, Geometry and Combinatorics, garnering one silver and four bronze medals as well as two honorary mentions.
The successful Greek students excelled in the worldwide competition, which was between a total of 360 mathematicians from 64 different countries around the world.
The Greek team was made up of first, second, and third-year students, who were mostly from the AUTH’s engineering department. They were selected through a competition held by their university’s Mathematics Department in May of 2019, and their trip was funded by the university.
They were accompanied at the competition by a professor from the department.
This is the sixth year AUTH has taken part in the competition, which is organized by  University College in London, and takes place at the American University of Bulgaria in Blagoevgrad.
Source: AMNA