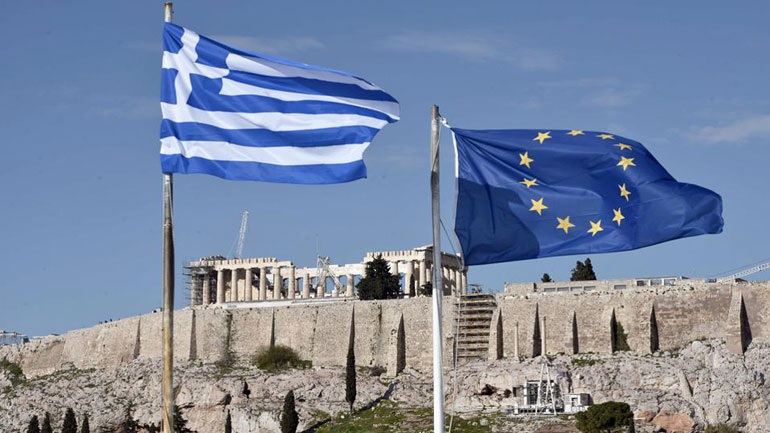 Greece’s financial crisis is still affecting the hopes and dreams of the people that live in the country, as it has been in economic turmoil for most of the last decade.
Greece’s GDP shrunk 26% in the span of eight years – the largest recession in the history of any country in the world in peacetime, except perhaps for the Great Depression.
But there is hope. Greece’s newly-elected prime minister Kyriakos Mitsotakis has said that his government has an ambitious growth target of four percent in 2020. He plans to accomplish this through strengthening investment, and accelerating privatizations and major public projects, as well as significantly reducing the bad loans in the credit sector.
Giannis Siatras, the Director of EuroCapital.gr, told the Greek Reporter that he does not believe Mitsotakis’ target of 4% is realistic; still, he agrees that targets are sometimes put forward to strengthen an effort.
“I believe that the 4% growth target was set by the government to show that a coordinated and joint effort is in motion to gradually change the country’s image. The target may not be achieved, but the country’s image will definitely change,” he explains.

The new government hopes that political stability, hand-in-hand with business-friendly reforms, will attract foreign investment to Greece.
As a sign that it is serious about growth and investment, the Mitsotakis administration is pushing to make sure the long-stalled privatization project at Hellinikon, a prime development site that once served as Athens’s airport, gets under way this year.
“Investments will have an immediate impact on the real economy, especially the Hellinikon project — that is huge,” says Siatras emphatically.
“It will employ a lot of people during its construction, and afterwards, for its operation. It will attract tourists to Athens and it will become a new showcase for Greece, equivalent to that of the Athens 2004 Olympic Games that changed the country’s image abroad,” he added.
China’s Cosco Shipping consortium, a global giant in shipping and port management, which bought a 51 percent stake in Greece’s largest port of Piraeus in 2016, has transformed the once-dingy port into the second-busiest in the European Union.

A government commission had rejected the Port Authority management’s investment master plan of 580 million euros in February for the Piraeus project, citing planning and environmental issues.
Projects failing to get the green light at that time included a shopping mall near a new cruise terminal, one of its four proposed hotels, the creation of a logistics center within the port premises, and two new parking areas.
Siatras states, however, that “The issues that had stalled the continuation of the project have been resolved. The previous government would have resolved them also. There are rules that need to be adhered to.
“Social and state reactions are necessary so that investors know that they cannot do whatever they like. Besides, the changes to the port of Piraeus affect the local community as well, so reactions should be expected,” he added.
The newly-elected conservative government has also said it wants a stalled gold mine investment by Canada’s “Eldorado Gold,” which was previously put on hold, to be revived.

Eldorado already has two currently-operating mines and two development projects in northern Greece, but it has struggled against permit delays for years at one location in Skouries, Halkidiki.
“When New Democracy leader, Kyriakos Mitsotakis, was elected Prime Minister on July 7th,” Siatras explains, “the El Dorado Gold share went up 10-12% because the right-wing party won.
“This project, however, is different than the others as it involves environmental issues which are of great concern to the local community. This happens in other countries as well. I do not expect this project to easily get back on track,” he added.
Mitsotakis has said the investment will be completed, but “without any short-cuts” in terms of environmental protection, to assuage the worries of his rivals and critics, according to the business newspaper Naftemporiki.
So far the markets have clearly given the new government a vote of confidence. Greek bond yields hit new all-time lows on the Monday after the election.

The investment consultant additionally told the Greek Reporter that “This is a historic low for Greece. It means the cost that Greece borrows at in relation to Germany is at its lowest level ever since 2002, the beginning of the Eurozone. This is very positive for a country that has a huge debt, because it pays less to service it.”
Siatras also emphasized that “bank interest rates are also determined based on market rates. How much banks can lend to citizens and businesses depends on this market interest rate.”
Non-performing loans (NPLs) are the largest challenge facing Greek lenders. Banks have made progress in reducing this enormous pile of bad loans and repairing their balance sheets, but the pace needs to speed up to enable them to finance the recovering economy.
Siatras further explained the situation, stating that “The main reason that Greek banks have not lowered their lending rates is because of the problem they have with non-performing loans.
“This issue needs to be sorted so that their low bank reliability rating is upgraded. If they manage to reduce their non-performing loans then they will improve their capital adequacy ratio and be able to implement monetary expansion,” he said.
The Mitsotakis government is sending a message in all directions, especially toward the international rating agencies, that something fundamental has changed in Greece.
The head of EuroCapital.gr made clear that “Any potential investor will take into account a country’s credit rating by the agencies before making a decision to put in money. Greece, although it has improved its credit rating, it is still under the investment grade.
“This is where we will see real change, when investors feel safe. It has been estimated that it will take Greece another 12 – 18 months to reach this rating,” he added.
Prime Minister Kyriakos Mitsotakis has pledged to seek a reduction of targets which Greece’s previous government had agreed to with euro area officials last year in exchange for a significant debt relief deal.
Under that deal, which set the terms for Greece’s exit from eight years of international bailouts, the country committed itself to maintaining a primary budget surplus, which excludes debt repayments, of 3.5 percent of its gross domestic product until 2022.
Greece’s new government has been warned by Eurozone chiefs to honor the budget surplus targets which were agreed upon — otherwise, its hard-won economic credibility would be damaged, and the prospects for any further debt relief would be in peril.