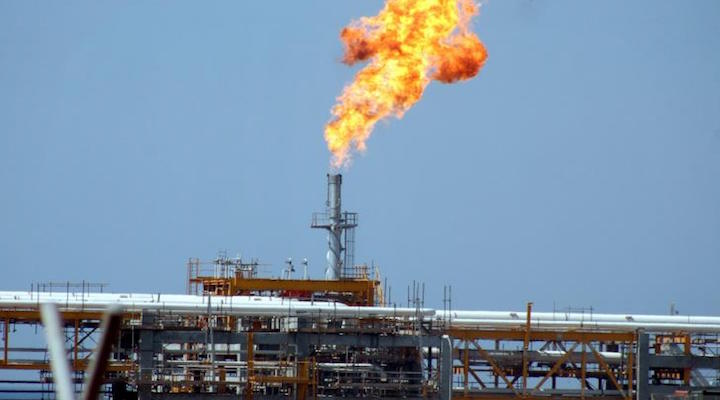 An American think tank and a Greek university are joining forces to shed light on global  energy resource investments in the Eastern Mediterranean, and especially in Greece, this October in Athens.
The first annual Eastern Mediterranean Energy Leadership Summit will take place in the Greek capital of Athens during the first two days of October, 2019.
According to the organizers, the conference will bring together senior US government officials and energy business executives to discuss opportunities for trade and geopolitical cooperation in the region.
The summit is being organized by the Transatlantic Leadership Network, the University of Piraeus Master’s program in Energy, and the founder and chairman of the Delphi Economic Forum, Symeon Tsomokos.
The Transatlantic Leadership Network is a newly-created think tank based in Washington, D.C., which states that its aim is to “strengthen and re-orientate transatlantic relations within the rapidly changing dynamics of a globalized world.”
Speaking to Greece’s state-run AMNA news agency, Transatlantic Leadership Network Senior Executive Vice President Sasha Toperich stated that Greece is emerging as a central player on the energy chessboard in the Eastern Mediterranean, and he explained the reasons why it was chosen to host this energy conference.
“For us, this congress is not an isolated or piecemeal effort,” said Toperich. He continued, “instead, we are seeking to establish the October summit as an annual energy institutional event, which will be accompanied by corresponding conferences in Washington, so that we can maintain a steady dynamic momentum.”
On why Greece was chosen to host the summit out of so many other nations, Toperich said that he “nurtures a deep respect for the people of Greece.” He stated that his “associates, Symeon Tsomokos, founder of Tsomokos SA, Professor Athanasios Platias and Professor Aristotle Tziampiris of Piraeus University, are great people and prominent professionals who supported the idea from the beginning.”
Toperich noted how Greece “emerges as a major player in the foreign policy of the wider region, but also as a strong and reliable ally of the United States.”
Regarding its economy, he stated, “The country has successfully completed its fiscal adjustment program and is ready to write a new — even better — chapter in its modern history.
“Recent energy finds in the eastern Mediterranean offer a huge opportunity to Greece. The benefits, therefore, of these new energy revenues will contribute to raising living standards and reducing unemployment,” Toperich declared.
Asked what to expect from the first annual Eastern Mediterranean Energy Leadership Summit in Athens, the Transatlantic Network leader said “we want leaders to lead these discussions.” Elaborating on this point, he stated, “We want to encourage the implementation of reforms in sectors that need it the most, so as to really tap into this dynamic potential of recent energy developments.”
Toperich further explained that “legislation and regulations need to be synchronized, so as to facilitate business development across the region,” and also stressed that “marine disputes need to be addressed.”
“Greece can and must lead the way to the further development of renewable energy sources,” he added, noting “Greece’s participation in the ‘Three Seas’ Initiative is another step in the right direction, which will contribute to the diversification of the energy market and to the enhancement of energy security in the wider region.”
The Three Seas Initiative, also known as the Baltic/Adriatic/Black Sea Initiative, is a forum of twelve states in the European Union, all located in Central and Eastern Europe. The combined area of all these nations connects the Adriatic Sea, the Baltic Sea, and the Black Sea.
The much-anticipated energy leadership summit will take place at the Divani Apollon Palace & Thalasso Hotel, in Athens, Greece.
Source: AMNA