Ryanair Plane Hit By Lightning Over Paphos; No Injuries Reported 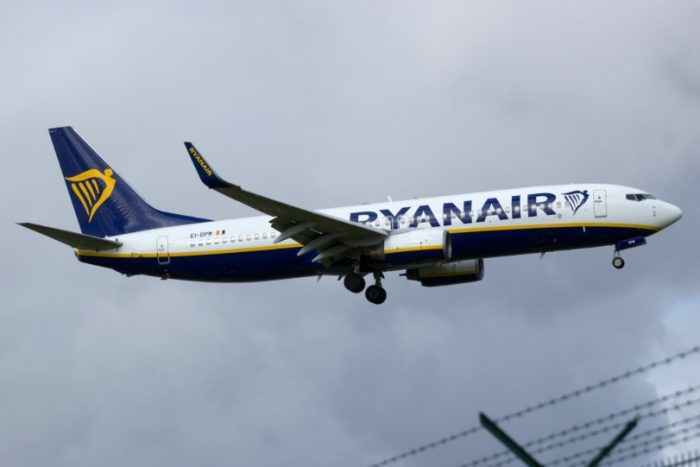 A Boeing 737-8AS aircraft belonging to the Ryanair fleet was hit by a lightning strike over Cypriot airspace on Tuesday night.
The plane, which took off from Riga, Latvia, was heading to Paphos international airport in Cyprus when the incident took place several minutes before landing.
According to reports, no injury was caused by the lightning strike.
According to what Cypriot media is currently reporting, most of the airplane passengers did not even realize that the plane had been hit by a lightning bolt.
After the plane landed, technicians from Paphos airport inspected the aircraft to fix some minor technical damage that had been caused by the strike.
In general, aircraft are designed to withstand lightning strikes in mid-air, which can either leave the plane completely unharmed or with only minor damage.
The unsettled weather which has prevailed in Italy, Greece and the rest of the central and Eastern Mediterranean over the last several days has caused some delays and longer hours with flights in the region, as pilots try to route around the stormy weather.