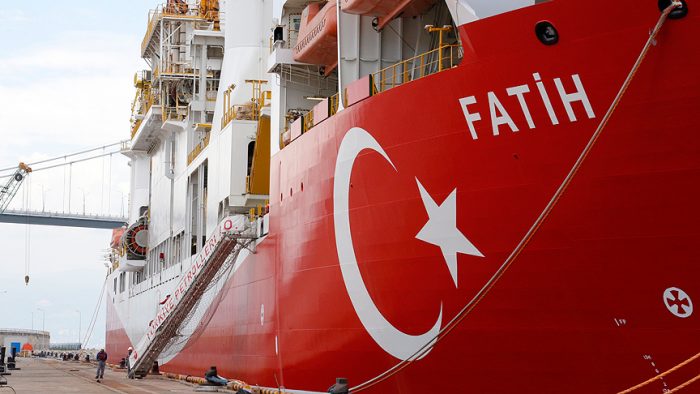 Turkey has shown that it will not go back on its intention to begin drilling for oil and natural gas in the eastern Mediterranean, an area which is considered part of Cyprus’ Exclusive Economic Zone (EEZ).
This is despite mounting tensions with the European Union, which has deemed Ankara’s search “illegal” and the economic sanctions the US has warned Turkey will face if it does not pull back from its deal with Russia for the purchase of its S-400 missile system.
According to Cypriot daily Fileleftheros, a reliable EU source from Brussels has said that there is talk of “successful drilling” by the “Fatih” that is located off Paphou and there has been reference to a deposit estimated to be 170 billion cubic meters. Nicosia has not confirmed the information.
In addition, European services are saying that Ankara is moving parts of the Russian S-400 missile system to occupied areas of the island of Cyprus, even though the agreement with Russia includes provisions for installation within Turkey.
Brussels has pointed out that this development demonstrates, for the first time, the great political importance of the decision taken against Ankara 13 years ago, when eight EU negotiation chapters were frozen by a community decision, due to Protocol.
The EU’s political message to Turkey is that it cannot watch its unlawful acts in the eastern Mediterranean. The measures are not severe, but more may be put in place if Turkey continues its illegal activity in the Cyprus EEZ.