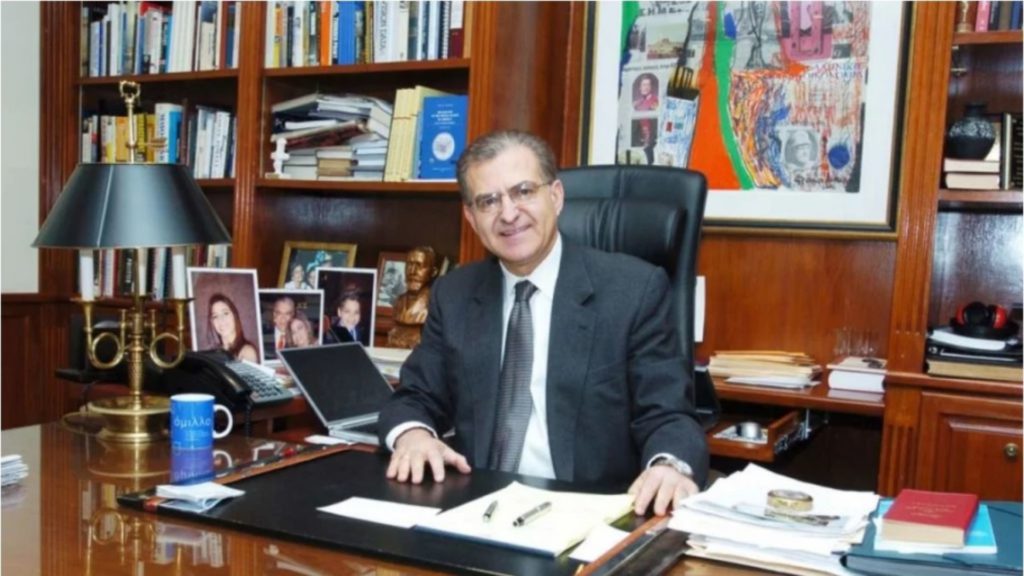 Greece’s new Prime Minister, Kyriakos Mitsotakis, on Monday appointed Antonis H. Diamataris, the publisher-editor of ‘The National Herald’ as the Deputy Minister for Expatriate Greeks.
Since 1979, Diamataris is the publisher-editor of the ‘Ethnikos Kyrix’ – the oldest Greek-language newspaper in the United States – and later its sister publication, ‘The National Herald’. He lives with his family in New York.
This was a personal choice of Mitsotakis that aims to tighten the bonds of the Greek expatriates and the Greek lobby in the U.S. with the government in Greece.
Diamataris is to serve under the Minister of Foreign Affairs, Nikos Dendias, along with Alternate Minister for European Affairs, Miltiadis Varvitsiotis, and Deputy Minister for Economic Diplomacy and Extroversion, Kostas Fragogiannis.
Who is Antonis H. Diamataris
Born in 1950 in the village of Thanos on Lemnos island, he emigrated to New York in 1968. He completed his MBA studies at Columbia University. In 1979 Diamataris bought 100 percent of ‘Ethnikos Kyrix’ and in 1982 the newspaper moved to privately owned facilities in Long Island City.
In 1997 he published the weekly ‘The National Herald’, an English language newspaper. In 2004, The National Herald went online. Meanwhile, in 2007 Diamataris was honored with the Order of the Phoenix from the Hellenic Greek Republic. And in 2015, he was honored by U.S. President Barack Obama at the White House for the 100th anniversary of the establishment of ‘Ethnikos Kyrix’.
In 2016, the first street sign to feature Greek lettering appeared in Queens. Specifically, the block of 30th Street between 37th and 38th avenues was named “Εθνικός Κύρηξ – National Herald Way,” in honor of the century-old Greek newspaper and its headquarters on 30th Street in Astoria.