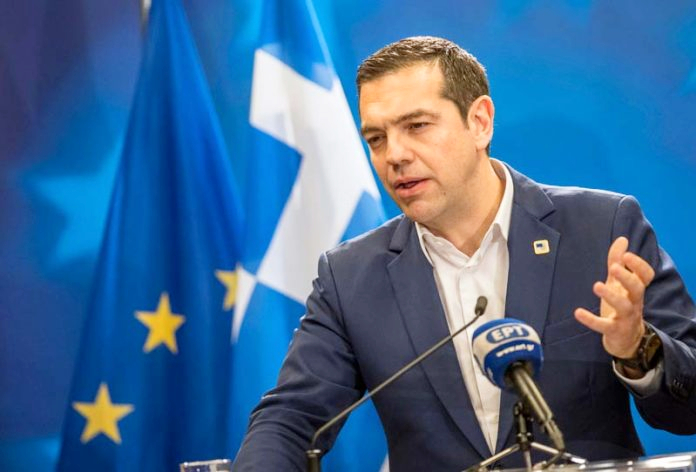 Greek Prime Minister Alex Tsipras sent a clear message to Turkey from an EU meeting in Brussels on Friday afternoon.
Speaking to journalists to inform them about the discussions he had held with the other 27 EU leaders during the two-day European Council Summit, Tsipras said that Turkey should now know that its actions will have consequences, and come at a price.
The Greek prime minister informed the public that EU heads of state and government also discussed the issue of the next leadership of the Union’s institutions, issues about the Eurozone, and the need for targeted action to address the climate crisis.
Most importantly, however, the leaders extensively discussed the EU’s relations with Turkey and its recent illegal activities inside Cyprus’ Exclusive Economic Zone (EEZ).
Tsipras said that the resolutions arrived at during the EU Summit regarding Turkey were achieved following an effort launched by Greece some time ago, in coordination with the Republic of Cyprus, to promote and highlight this issue.
“Today the European Council sent a clear and stern message to Turkey,” Tsipras declared.
Describing the unanimous statement issued by the European Council on Turkey, Tsipras pointed out that the EU communique unequivocally condemns Turkish actions in the Aegean and the Eastern Mediterranean, particularly the drilling inside Cyprus’ EEZ which began several days ago.
The Greek premier added that the EU underscored the serious negative consequences of Turkey’s actions for Euro-Turkish relations, and that the Union had decided to take specific measures — including targeted measures, or sanctions — against Turkey.
Tsipras also explained that the European Council will now invite the European Commission and the European External Action Service (EEAS) to submit options for appropriate measures and sanctions against Turkey for the next meeting of the EU General Affairs Council in July.