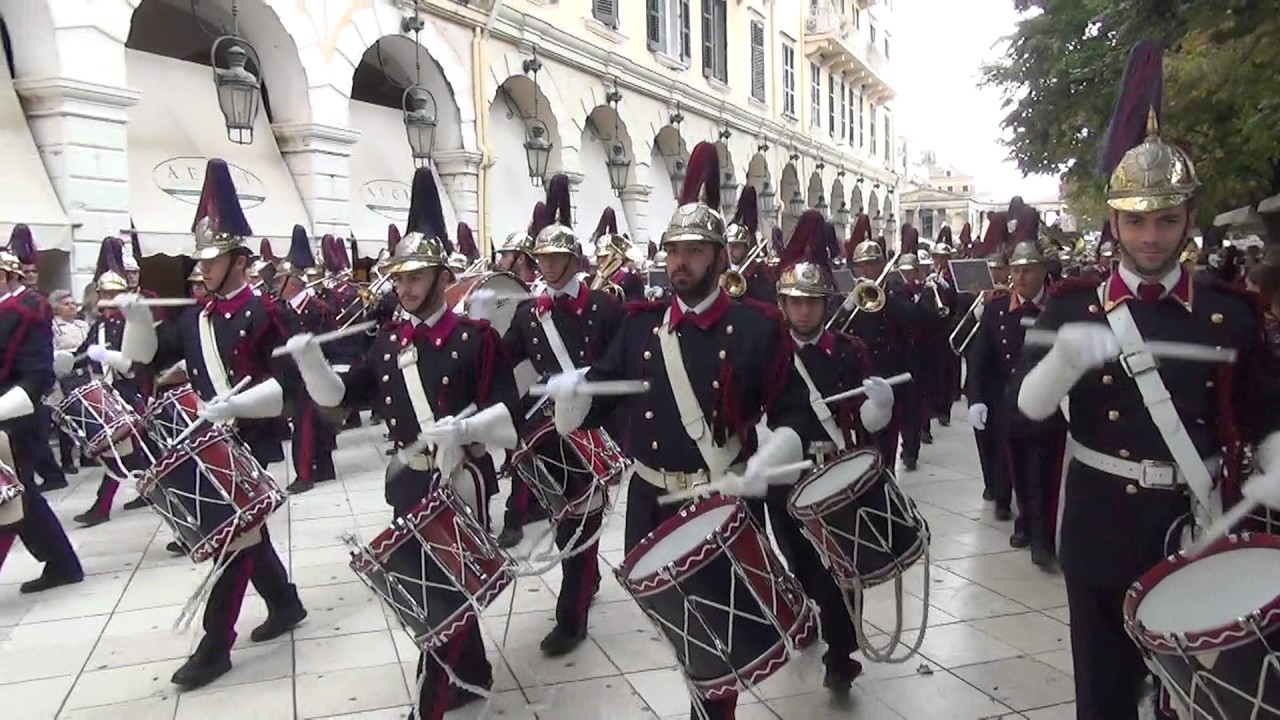 Corfu can easily be called the most musical island in Greece, with hundreds of music associations and dozens of orchestras and bands. Even the way its natives speak is musical, as their speech often sounds like singing.
Corfu is also the third most popular Greek island for tourism, after Santorini and Crete, with over a million visitors every year. Other than being a great destination for families and naturalists, it is also famous for its music, which has a presence in the everyday life of the island.
After all, Greece’s first philharmonic orchestra and the first school of fine arts were established on the Ionian island. Today, Corfu boasts a total of seventeen philharmonic orchestras.
Due to the 400 years of Venetian rule, which lasted from 1388-1797, Corfu absorbed much more European culture and influence than it did from the mainland of Greece. While the rest of Greece spent centuries in the dark under Ottoman rule, Corfiots were enjoying the finer things in life and were part of the wider European family culturally.
In fact, the first opera performed on Greek soil was in 1733, after the Venetians converted the local “Loggia” hall into a theater. Opera performances at the venue continued for several years after the union with Greece.

The forming of philharmonic orchestras and bands was part of a wider trend which flourished in Europe during the nineteenth century, which saw thousands of music associations founded across the continent. Thanks to their studies at European universities, Corfiots became part of this musical trend.
The island’s philharmonic bands are particularly famous for their performances during Easter celebrations. For Greeks, Corfu is one of the top destinations for Easter vacations, mainly due to its many unique and colorful Easter traditions.
Corfu’s philharmonic orchestras
The origin of philharmonic orchestras and bands on Corfu dates back to 1837, when upon the death of King William IV of England, his niece Queen Victoria prohibited the participation of the British Army Band in Orthodox religious events, particularly in the Litany of the Holy Relic of Agios Spyridon.
This led Corfiots to establish their own Corfiot Philharmonic Orchestra, called the “Philharmonic Society of Corfu,” three years later, on September 12, 1840. Its founding members were the musicians Spyridon Xyndas, Retros Kouartanos, Ioannis Kallonas and Nikolaos-Halkiopoulos Mantzaros. Foreign residents called it “La Banda Grecca” and the colors of its uniforms, then as now, were blue and red, the colors of the island.
The great Spyridon Xyndas actually has the distinction of composing the first Greek opera. More importantly, however, it was his fellow band member Nikolaos Halkiopoulos-Mantzaros who had composed Greece’s National Anthem, setting to music Dionysios Solomos’ poem “Hymn to Liberty” in 1830.
Mantzaros composed a total of twenty-four symphonies and other religious and secular music, but he devoted most of his time to the teaching of music.

On June 21, 1890, the second philharmonic society, adopting the name “The Mantzaros Philharmonic Society,” was created in Corfu town. Leonidas Vlachos was appointed president and its first teacher was Stefanos Rinopoulos. Its first appearance as a band was at the Litany of Agios Spyridon, held on the first Sunday of November, 1891, with a total of 40 musicians. Its colors are blue and white, the colors of Greece.
The Kapodistrias Philharmonic Association of Corfu, founded relatively recently in 1980, is one of the largest cultural and musical education associations on Corfu. The band made its first appearance on New Year’s Eve of 1981. Their initial aim was to improve the island’s musical scene and education in modern times. The philharmonic still maintains faculties of music theory and history, and many other departments devoted to musical instruction.
Most of the local people who become involved with the island’s philharmonic bands are not professional musicians but they have an inherent love for music. They later become teachers for the younger people who join the bands, helping them excel as soloists, conductors and teachers on the country’s music scene.
It is impressive that an island with only 120,000 residents has over twenty major music education organizations and many music-related clubs, while it also hosts its own School of Music as part of the Ionian University. Music has added so much to the rich culture of this idyllic Greek island in the past, and it continues to do so today.