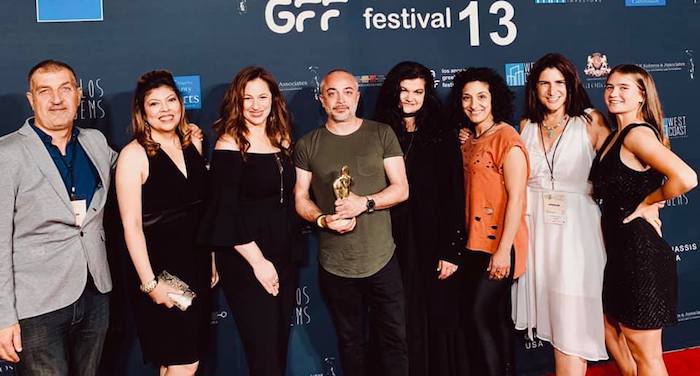 “Her Job”, directed by Nikos Labot, was the film selected to close out the festival. The screening was followed by a short Q&A with director Labot, who was on hand to talk about the inspiration for his film and the process of casting and developing it.

Shortly after, the Orpheus Awards ceremony commenced. Casting director Valorie Massalas received an honorary Orpheus Award for her excellent work in the world of casting for the last few decades.

See the full list of Orpehus Awards winners below:

Best Short Film: “I Am Mackenzie” by Artemis Anastassiadou

The awards ceremony was followed by a wonderful reception with traditional Greek dishes, wine from the Greek islands, and a musical trio playing classic Greek hits.