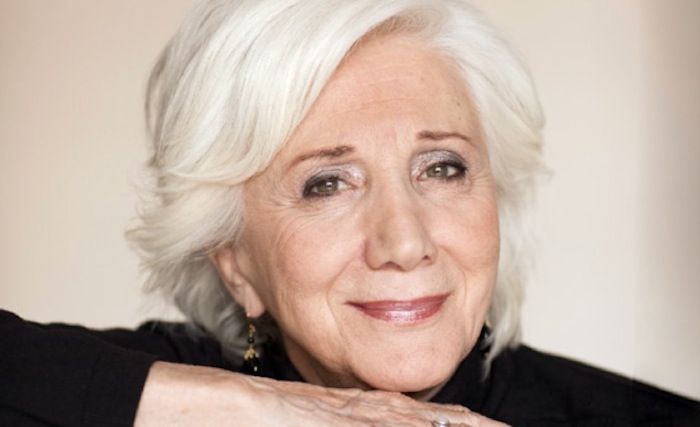 The film “Olympia”, a documentary on the life and career of Olympia Dukakis, won the Orpheus Award for Best Documentary at the closing night of the 2019 Los Angeles Greek Film Festival (LAGFF).

“Olympia”, directed by Harry Mavromichalis, had its Los Angeles premiere at the festival on Saturday, June 8, at 5:45 PM at the Egyptian Theatre in Hollywood. Earth Friendly Products, owned by Kelly Vlahakis-Hanks, presented the feature film.

Executive producers Sid Ganis and Anthoula Katsimatides were also involved in bringing the story to life, as was Associate Producer Pamela Spyrs.

The film takes a distinctly personal look at Dukakis’ personal life and time in the spotlight, giving a portrait of a woman and an actress who always etched her own path forward in life.

When she was younger, Dukakis found it difficult to get good theatrical roles because of her ethnicity. She decided to establish her own theater company, the Whole Theater Company in New Jersey, that put up productions for over 30 years.

Even before she stepped into the limelight and found herself more recognizable than ever, after playing Cher’s mother in “Moonstruck”, Dukakis had been a working actress for almost her entire life.

The documentary delves into her personal struggles, her quirky approach to life and work, and the many incredible roles she undertook, both famous and lesser known.

Whoopi Goldberg, Laura Linney, and Lainie Kazan, among others, appear throughout the film to give their own perspective on their colleague and friend Olympia. Friends and family members including politician Michael Dukakis are also on hand to share their experience of the actress.

Overall, Olympia is a beautiful, unusually personal look at an actress who comes across as always forging her own path rather than following the rules of others; something that is especially hard to accomplish in Hollywood.