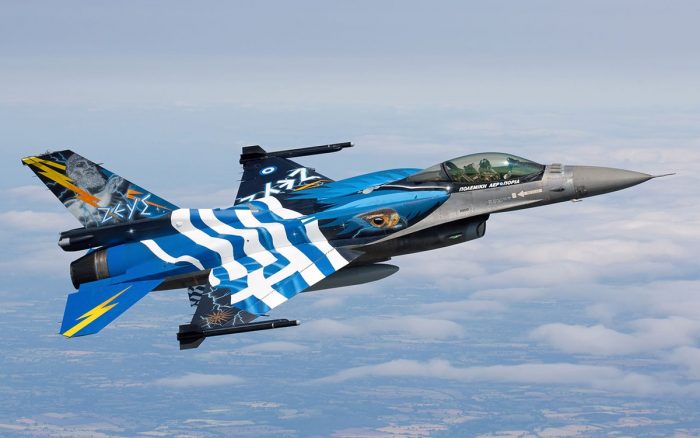 The first flight of a Greek F-16 fighter jet over North Macedonia took place on Tuesday, initiating the Greek policing of the country’s airspace.
The purpose of the mission was to locate any blank sectors of the radar and to test the compatibility of the different reconnaissance systems.
Tuesday’s mission was a test flight and will be followed by more over the coming months.
North Macedonia does not have either air force radar — or indeed military radar of any kind — and as a member of NATO, it was given the right to decide which NATO neighbor will police its airspace. Zoran Zaev’s government decided to grant this honorary right to Athens.
The agreement was signed by Greek Defense Minister Evangelos Apostolakis and his counterpart Radmila Šekerinska several days after the signing of the Prespa Agreement.
According to media reports, Turkey is deeply disappointed in Skopje’s decision to grant this important right to Greece, and Ankara has reportedly expressed its anger to North Macedonian officials.
Turkey, a NATO member itself, had wished that its own air force would be awarded the policing duties over North Macedonian air space.