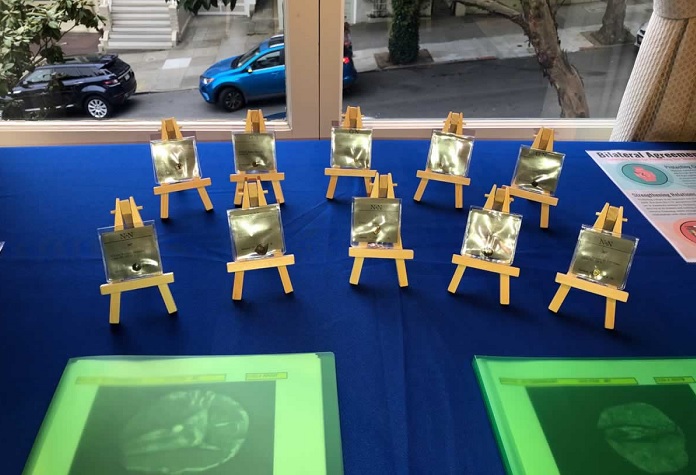 The US Homeland Security Department repatriated ten Greek coins to the government of Greece on Tuesday, during a reception held at the Greek Consulate in San Francisco.

The ten coins were allegedly smuggled out of various Aegean islands including the Island of Samos.

San Francisco Consul General of Greece in San Francisco, Antonios Sgouropoulos, welcomed the US officials. He thanked “our good friends from Homeland Security Investigations of San Francisco, who closely worked with their counterparts in Athens for the last two years, to make possible the repatriation of ten ancient Greek coins.”

The artifacts were officially handed over to Greece by Homeland Security Investigations (HSI) Deputy Special Agent in Charge Jerry Templet.

“Homeland Security Investigations is the investigative arm for the Department of Homeland Security, and we work closely with our international law enforcement partners to combat the illegal trafficking of cultural artifacts,” explained Templet.

“HSI Special Agent David Keller of San Francisco and Hellenic Police Sgt. Orfeas Sotiriou of Athens, Greece, collaborated these past two-plus years to intercept and authenticate these artifacts,” Templet said. “Their hard work resulted in this repatriation. I am happy to be a part of such a great event,” he added.