Legislation ratifying a concessions contract for the new international airport at Kastelli, on Crete, was approved in principle by a wide majority in the parliament’s Standing Committee on Production and Trade on Tuesday.
The construction of the new Kasteli airport, which is expected to be completed within sixty months of breaking ground, would become the largest construction project ever on Crete and one of the largest private investments made in the country.
The new facility, which will be built in Heraklion, is expected to replace the current Nikos Kazantzakis Airport, which is having difficulties handling the ever-increasing flow of tourists on the popular island.
The airport, with more than eight million passengers, was the second-busiest airport in the country in 2018 after Athens’ Eleftherios Venizelos.
The concession was awarded to the single bidder, Ariadne Airport Group, a joint venture between GEK Terna and India-based GMR Airports Limited. It is budgeted at 850 million euros. 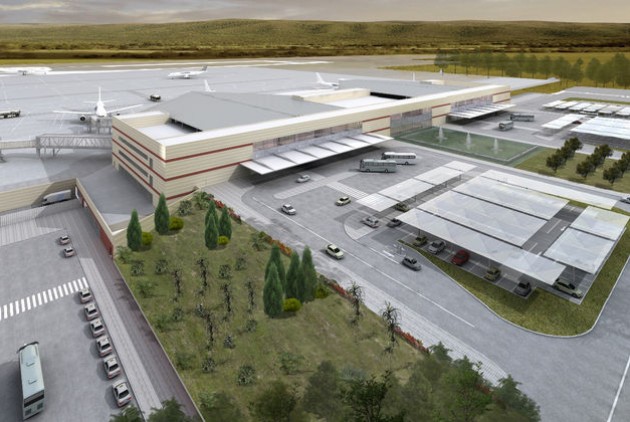 The new airport will have a dual 3.2 km (2-mile) runway which falls within acceptable international standards. An apron of 400 acres, on which approximately 30 aircraft can taxi and park, is envisaged for the new airport.
The terminal building will have five levels and a total area of ​​72,000 square meters (775,000 square feet), of which 13,000 square meters are intended for commercial use and 1,100 square meters are dedicated as a permanent exhibition space.
In addition to the construction of the airport, other major projects which are planned for the Kastelli Airport vicinity include the construction of new roads and the upgrading of existing local roads.
Several of Crete’s social agencies’ and trade unions’ representatives called it a great investment and a significant development plan which will help Crete create jobs.
Objections to the project were also voiced at the committee meeting. Among others, Irini Vrentzou, a member of the Technical Chamber of Greece’s East Crete branch, objected to the project because there had not been adequate studies regarding environmental repercussions. There was also negative feedback because of the supposed low prices offered landowners in the expropriation of their properties.