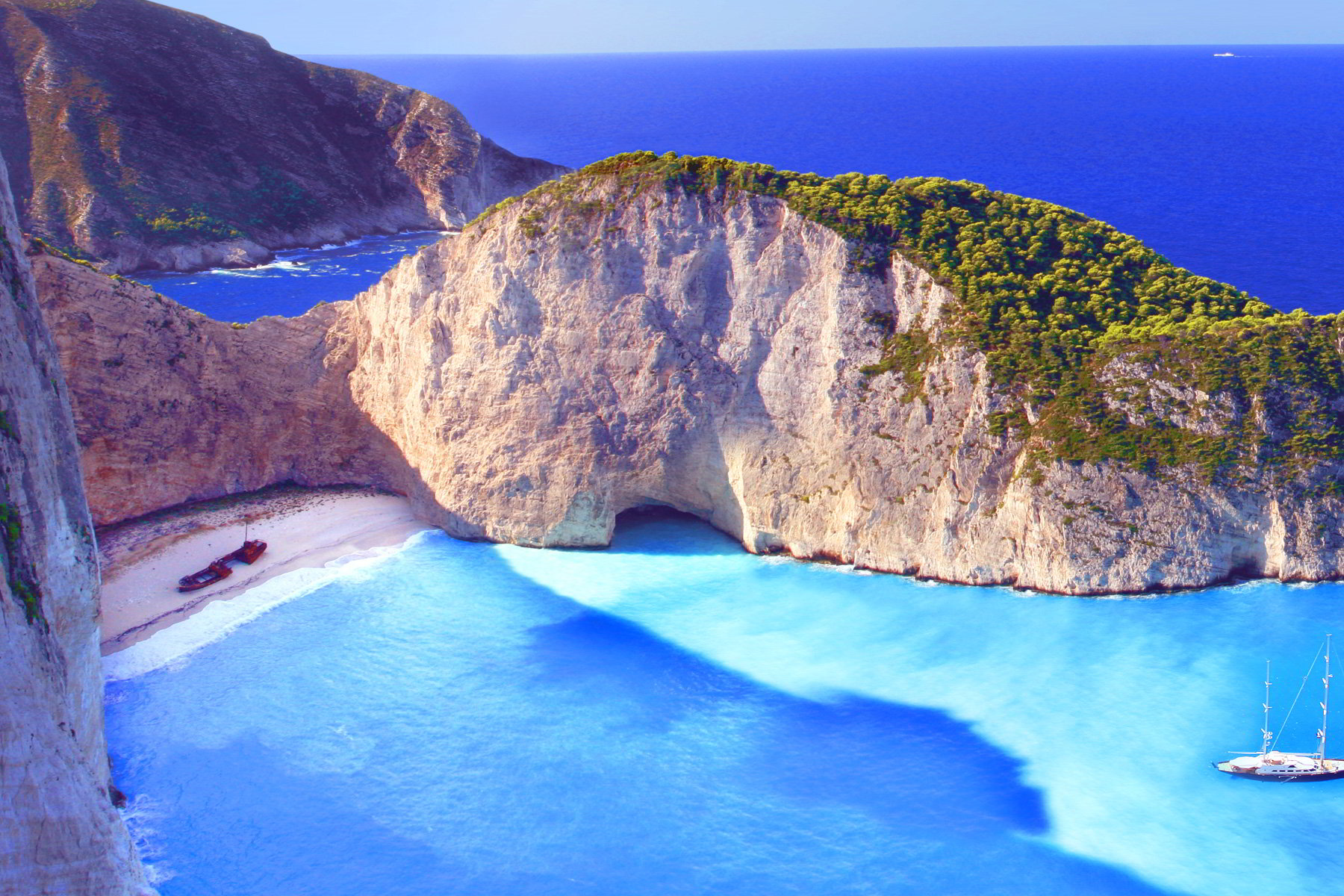 Local businessmen from the Ionian island of Zante (Zakynthos) are demanding the full reopening of the iconic Navagio Beach, which has remained closed since last year over safety concerns.
Pavlos Kolokotsas, the mayor of the island, is under increasing pressure from local businesses to authorize the full reopening of the beach ahead of the new tourist season.
In March, the president of Greece’s Geology and Geo-environmental Department, Dr. Efthimios Lekkas, laid out a new plan which included the partial reopening of the beach, including its separation into three different zones.
Lekkas’ plan includes special signs to be placed on the beach explaining the new zones to tourists, while two or three people would take on the role of supervising the area at all times to enforce a strict implementation of the rules.
However, businesses in Zante very much desire a swift and complete reopening of the beach, as they fear that a number of tourists will not visit the island if the beach remains partially closed.
The businessmen are currently proposing that a lifeboat be constantly in the area in case an accident such as last year’s shearing off of part of the cliff face, occurs again.
The discussion between local authorities, businesses and geology experts is expected to continue until common ground regarding beach use can be found.