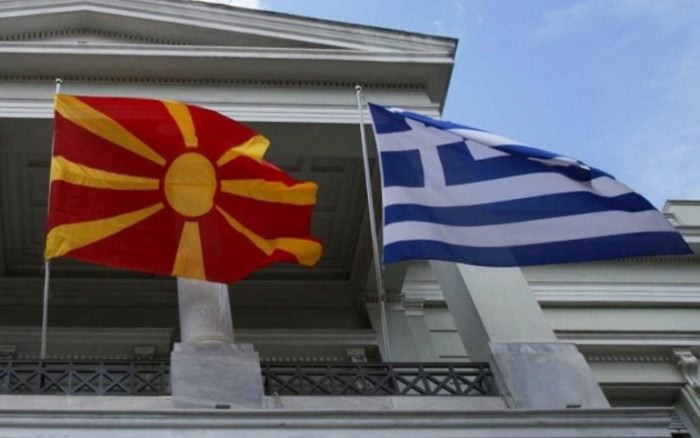 Greece’s importance in the economy of North Macedonia is becoming even more clear after the ratification of the Prespa Agreement, as the country became the second largest investor in North Macedonia for the year of 2018.
The role of Greek businesses in North Macedonia has come to the forefront as attention turns to the historic visit of Greek Prime Minister Alexis Tsipras to Skopje on Tuesday. The Greek PM brought hundreds of Greek businessmen with him on the official visit.
North Macedonia has a population of approximately two million people, and an economy that barely exceeds €10 billion in value.
However, regardless of its small size, the country has one of the lowest tax rates for businesses in the world and a very low minimum wage, conditions which make it very attractive to companies which want to reduce their operating costs.
The taxation rate of business profits in North Macedonia is only 10 percent, while in other European countries this figure is at least double that. The North Macedonian minimum wage remains low as well, at approximately €200 per month, despite the €40 raise which was instituted recently.
Of course, many accuse North Macedonia of being a ”tax haven” and a haven for corruption, but this apparently, has not hindered Greek businesses from investing there.
Up to 2017, Greek companies had invested more than €1.5 billion in the country, an amount equivalent to 15 percent of the Balkan country’s entire economy.
Considering the cold bilateral relations between Skopje and Athens until 2018, this number could obviously go much higher now that the name dispute is over and the two countries are writing a new chapter in their relationship.
Just in 2018, the total value of the trade between the two countries recorded an increase of 15.8 percent over that of 2017, with Greek exports to North Macedonia rising a significant 19.1 percent compared to the previous year.
In terms of absolute value, Greek investments managed to come second in the country last year, surpassing British investment, to be behind only that from Germany.
More than 140 Greek businessmen will accompany Alexis Tsipras on his visit to Skopje on Tuesday partly because of these solid prospects for business success in the new nation.
After twenty-six years of nonstop confrontation and dispute, a new foundation has been built for economic stability, and a new era lies ahead for economic and diplomatic ties to grow between the two countries.